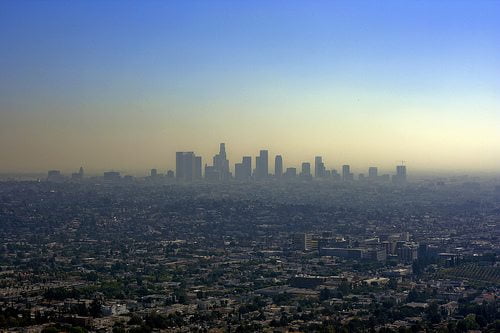 The city council of Los Angeles has voted to start drafting rules that would ban the controversial process of fracking within its jurisdiction.

Following concerns raised by residents and campaigners, the council has taken the first steps on the way to a ban that would stand until city politicians are certain of the environmental impacts of the process.

Fracking works by blasting rocks with water and chemicals, which then fracture the rocks and release the natural gas contained within them. It has been linked to water contamination, methane leakage and increased risk of earthquakes.

“Until these radical methods of oil and gas extraction are at the very least covered by the Safe Drinking Water Act, until chemicals are disclosed and problems are honestly reported, until we’re safe from earthquakes, until our atmosphere is safe from methane leaks, we need a fracking moratorium,” said councilman Paul Koretz.

Last year, the constitutional court of France voted in favour of a national ban on fracking for similar reasons.

The Netherlands has also placed a temporary ban on fracking, with its government saying that no decision would be taken on whether to allow fracking in the country until further research into its environmental effects had been undertaken.

In the UK, the government has sought to kick off a fracking boom comparable to that in the US by offering sizable tax-breaks to the industry.

In January, it was revealed that French firm Total would become the first major oil company to invest in the UK’s shale gas industry in a move welcomed by the government.

However, environmental campaigners have pledged to launch legal challenges to try and stop fracking from taking place anywhere in the UK.