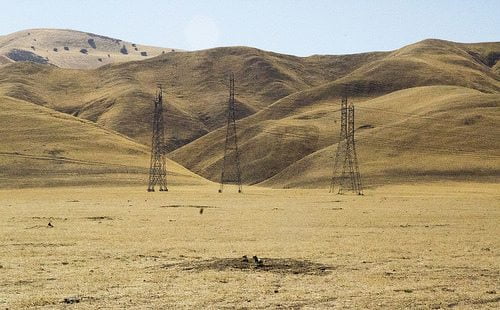 Official figures have classified 80% of California as in “extreme” drought, with an estimated 36% in “exceptional” drought – the most severe of five categories. Droughts are increasing the chance of wildfires and driving up water prices.

A new map released by the US Drought Monitor states that the whole region is in a state of severe drought. Seventy-nine per cent is classified as “extreme” and over one-third (36%) “exceptional”.

The areas most affected are northern, central and coastal communities, but also Ventura, Los Angeles and Orange County, with droughts expected to continue in July and August.

The organisation also noted that 75% of California’s rangeland and pastures were rated as being in poor or very poor condition in June, with the price of fruit and vegetables are expected to rise.

As a result of the extremely dry environment, wildfires have increased, crops are at risk because of a lack of irrigation and water prices in the private market have rocketed. Local authorities have put measures in place to save water.

The state department for water resources has launched a campaign to encourage citizens to not waste water at home.

Mark Cowin, director of the California Department of Water Resources, said, “The drought is having a huge impact across the state, and recent reports tell us that all of us can conserve more. It’s important to understand that even things that seem relatively small will add up to have a big impact when it comes to water conservation”.

In May, a study linked groundwater extraction for agriculture purposes in California, triggered by the droughts, to seismic activity along the San Andreas Fault mountains.