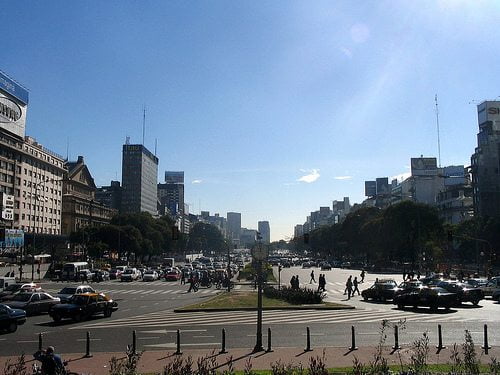 Buenos Aires has won the 2014 Sustainable Transport Award, after improvements to the world’s widest avenue turned the Argentinean capital into “a city for people, not just for cars”.

The city was handed the accolade by the Institute for Transportation and Development Policy (ITDP). This is following a series of measures put in place by local authorities to improve transport efficiency in the city.

The ITDP said Buenos Aires won the award after giving 9 de Julio Avenue – the widest avenue in the world – an “impressive transit makeover”. It converted a number of its 20 car lanes into bus lanes and created a high-quality bus rapid transit (BRT) system.

In addition, the Metrobus Sur, a 23km BRT corridor which was opened last year, encourages commuters to walk or cycle to work and creates a culture which values people over cars.

Receiving the award, secretary of transport in Buenos Aires Guillermo Dietrich said, “The success of Buenos Aires proves that you can dream of a sustainable city.”

Meanwhile, Walter Hook, chief executive of ITDP, said, “Buenos Aires took the world’s widest avenue, with more than 20 lanes of car traffic, and transformed it into a world-class BRT corridor, cutting travel time in half for more than 200,000 commuters per day.”

He added, “The downtown area, known as the microcentro, is a completely new pedestrian experience. They city reconstructed the streetscape with seating, bollards, way finding, and redesigned intersections that give priority to the pedestrian. This sends a powerful message that this is a city for people, not just for cars.”