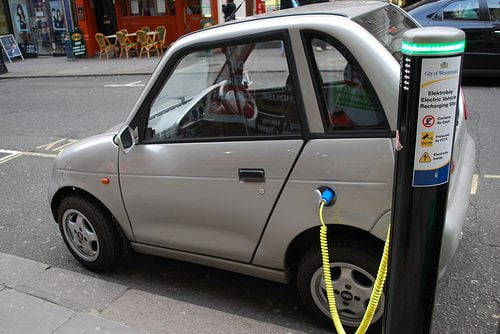 In an effort to reduce pollution and encourage sustainable transport, China has exempted owners of new electric and hybrid vehicles from purchase tax until the end of 2017.

Those who buy electric cars and other types of alternative fuel vehicles in China from September, will not have to pay taxes until the end of 2017, a statement by the country’s State Council said.

The purchase tax accounts for 10% of the net value of the vehicle and will now be excluded for electric, hybrid, fuel cell and other ‘new energy’-powered cars, both imported and domestically manufactured.

“For achieving industrial development and environmental protection, this is a win-win”, the Chinese government said.

The move aims to cut the country’s dangerously high pollution levels, caused by reliance on coal and diesel engines, as well as oil imports. The government has a target of 5 million low carbon cars on its streets by 2020, but has currently only 70,000. It is hoped that the new exemption could boost this number.

In the UK, electric vehicles (EVs) are becoming more popular, with more charge points appearing in cities as part of government’s plan to boost the sector. Research has forecasted that the global market for electric drive motors would rise to $2.8 billion (£1.6bn) annual revenue in 2020.

Meanwhile, in Helsinki, the local government has launched a proposal for a new transport network ‘on demand’, in which public and shared transport work perfectly together so that  owning a car could become useless by 2025. The new model would allow users to purchase cheap and flexible mobility in real time from smartphones.

After a century of waiting for the future, is this now the dawn of the electric car