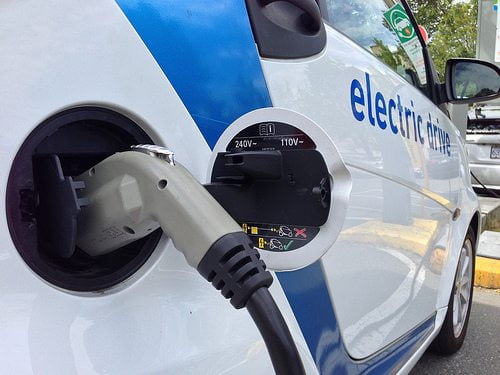 Renewable energy supplier Ecotricity revealed on Saturday that drivers have clocked up half a million miles in 12 months using its Electric Highway – a network of electric vehicle (EV) chargepoints spread across Britain’s motorways.

Ecotricity says that by the end of the year, the free-to-use network, already the largest in the UK, will have a pump at every motorway service station in the country.

Dale Vince, founder of Ecotricity, said while half a million miles was “a drop in the ocean”, he expected that figure to rise rapidly. This increase will partly be fuelled by the great advantages that locally sourced clean energy brings.

“Petrol prices are on the rise again with the events in Ukraine about to add another couple of pence per litre – one of the great strengths of electric driving is that we can power our cars from the energy we make in this country”, Vince explained.

“It’s not just about going electric – it’s about ensuring that electricity comes from renewable sources.”

He added, “The transport sector is the second biggest source of the carbon emissions that cause climate change, so a shift to electric cars is not just the right decision economically, it’s an environmental necessity too.”

The news comes shortly after the government unveiled a new £500m scheme intended to boost the popularity of electric and hybrid vehicles.

Part of the sum will be used to install more rapid chargepoints across the UK, while £200m will also be used to extend the current Plug-In Car Grants.

Although electric and hybrid vehicles still represent only a small proportion of car sales, at around 1%, their share is rising.

In 2013 the number of hybrid and plug-in cars registered increased by 17.5% in the UK, when compared to the previous year. The figure is above the average 10.8% rise seen in all car sales.