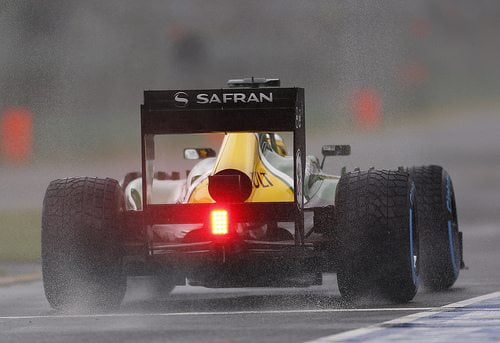 The world’s most popular motorsport competition has made significant changes in order to become more energy efficient, and will test the new measures in the Australian Grand Prix on Sunday.

Formula One cars have switched from 2.4 litre V8 engines to 1.6 litre V6 turbocharged hybrid power plants for the 2014 season, while an Energy Recovery System (ERS) has also been introduced.

New features are often considered difficult to implement in the sport. The move into hybrid equipment means that the race in Melbourne could come with a few technological surprises, given it will be the first time F1 has used it.

The cars’ fuel capacity will decrease from 353 to 220 pounds, therefore drivers will have to be smarter in saving fuel, or else face retirement from races sooner than expected.

Melbourne’s 3.3-mile track is widely considered to be one of the most challenging circuits in the F1 calendar. But Ferrari driver Fernando Alonso said he doesn’t believe the new hybrid engines will add to this difficulty.

“I don’t think it will be a big difference compared to previous years”, he said.

The switch to hybrid engines has been pointed to be of the biggest changes in the sport’s history. Paul Hember, motorsport director at tyre manufacturer Pirelli, called the move the “most radical rules shake-up of the modern Formula One era”.

Meanwhile, Autocar’s Grand Prix editor Joe Saward described it as “the biggest news story of all” ahead of the start of the 2014 season.

He added, “These mean-looking racing cars are not burning up the world’s carbon supplies as much as they once did: they are now lean and green.”

The motorsport industry has been looking for ways to reduce its environmental impact and save energy, using different fuels and tyres for instance.