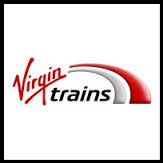 It’s not too late to help young commuters, say campaigners

Campaigners condemn plans to scrap a key benefit for young and disabled commuters with railcards who use the West Coast line and urge Virgin Trains to reverse this decision.

From Sunday, 6 September, commuters with railcards will not be able to use off peak tickets on peak time trains, potentially pricing many young and disabled workers off Virgin Trains.

This particularly affects the many young people who are being forced to commute ever increasing distances to London from towns and cities along Virgin’s West Coast route due to the city’s high living costs. This change will effectively treble many fares and will make it even harder for them to keep their work or training positions. Holders of senior and disabled railcards will also be affected by the changes.

Martin Abrams, Public Transport Campaigner, Campaign for Better Transport, said: “From Sunday when these rule changes come into effect fares will treble in price for young people travelling on the West Coast line. This change will hit the many young people trying to build their careers in London but who simply cannot afford to live there due to the housing crisis. Many of these people will now be forced to give up their jobs – how is that good for the economy?

Major fares changes like this ought to be subject to some public consultation but instead passengers have been given just two weeks notice. Virgin Trains can still reverse this decision and we call on them to act now to help the young commuters who rely on the cheaper fares the most.”

Campaigner Georgia May said:  “Virgin Trains gave us loyal customers just two weeks notice of these railcard changes that will drastically effect many people’s lives. Despite this short notice we have done everything we can to persuade them to change their minds. Over 5,000 people have signed our petition, it’s clear that Virgin’s passengers do not want these changes.

If only Richard Branson, champion of the young entrepreneur, would recognise the impacts this decision will have on many young people who simply cannot afford to live in London but need to work there to get the experience and climb the employment ladder. My future career in London is uncertain now as I have effectively been completely priced off Virgin Trains.”