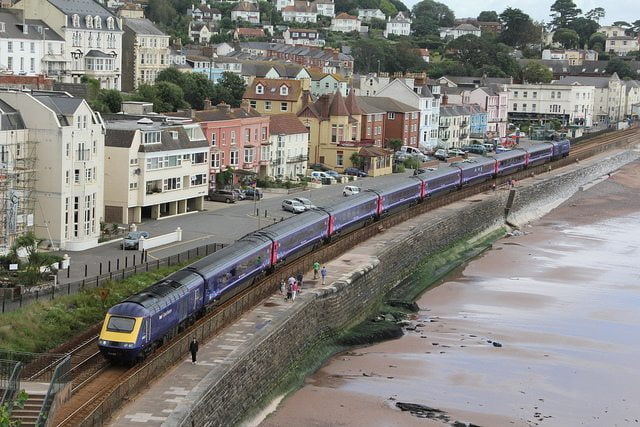 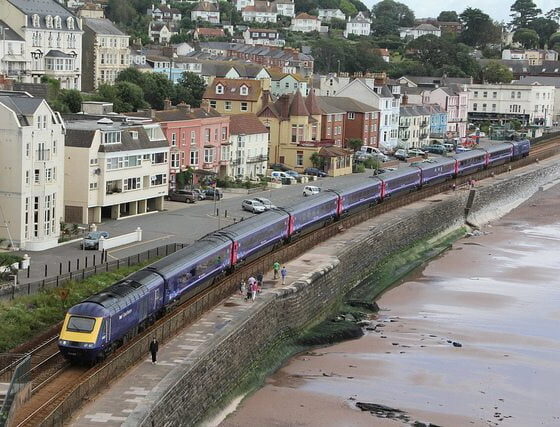 The Dawlish train line, which was severely damaged during the storms that struck the UK in February, will reopen on April 4, it has been announced.

The line, the single service connecting West Devon and Cornwall to the rest of the UK, was closed when extreme weather caused its foundations to crumble into the sea.

It had originally been suggested the route could remain closed for up to six months, but engineers now say it will be ready after just two.

The now iconic sight of the tracks hanging suspended above the Devon waters prompted many observers to call for increased infrastructure investment in the southwest.

MPs from each of three of the main political parties said some of the money put aside for the controversial HS2 rail line should be spent on the region.

Seb Beloe, head of sustainability research at WHEB, argued the disaster was evidence of the need for service providers, such as energy or transport companies, to outline how they are plan to respond to the impacts of climate change.

Many parts of the south experienced the wettest winter on record, as a series of storms caused flooding across the country.

Though scientists have stressed that it is not possible to attribute individual weather events to climate change, there is growing evidence that global warming will increase the chances of such flooding hitting the UK again.

In a statement, the Met Office said that “daily rainfall rates are becoming more intense, and that the rate of increase is consistent with what is expected from the fundamental physics of a warming world.”