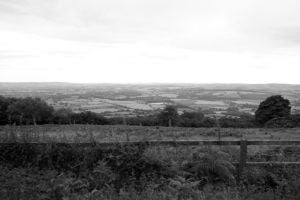 Reaction To Controversial Proposal For New Road In Blackdown Hills

Warning issued against the potential harm that will be caused to Blackdown Hills in Devon.

Campaign for Better Transport has warned against damaging the Blackdown Hills as Devon County Council opens a public consultation on building a new road.

Devon County Council is proposing to replace the existing single carriageway in the Monkton area with around 5 miles of new road between the Honiton Bypass and Devonshire Inn (the junction of the A30 with the A303). The new road would comprise a wide carriageway with 3 lanes.

“You cannot protect and enhance an Area of Outstanding Natural Beauty by building a road through it. Just such a scheme was already dropped in 2004 for environmental reasons and alternative routes are already being developed.

“New roads create new traffic, which the Blackdown Hills and nearby towns need like a hole in the head. What Devon County Council should be considering is how to get unnecessary trips off the road including through long term investment in local public transport.”