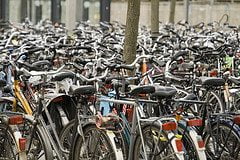 The Local Sustainable Transport fund – which supports green infrastructure initiatives – is to receive a £2m boost from the government, the Department for Transport (DfT) has announced.

The extra funding will allow new local authorities to finance schemes, such as one initiative seeking to encourage parents to ditch their cars in favour of cycling with their children to school, that have already been implemented across some parts of the country.

“Dozens of great projects have been delivered already under this fund and I’m glad we’ve been able to support more”.

Nine local authorities across the UK are set to benefit from the funding. Tyne and Wear will be allocated £609,000 for a bike school run scheme and £295,000 to make cycling, walking and using public transport more appealing than driving.

West Yorkshire will receive £590,000 towards a project that will help jobseekers access work, with Worcestershire getting £110,000 to build on a previous scheme that makes it easier for pedestrians and cyclists to get around Redditch.

Other areas set to benefit are York, Warwickshire, Staffordshire, Southend-on-Sea and Luton. The funding will be met by grants from local authorities totaling £1.6m.

The Sustainable Transport fund was launched in December last year with a total pot of £78m, for which local authorities outside Greater London could bid for grants to develop transport initiatives that would benefit the environment, whilst cutting back on congestion.

It also aimed to get more cars off the road by asking local authorities to come up with ideas to make it more convenient for people to make door-to-door journeys using bikes and public transport.