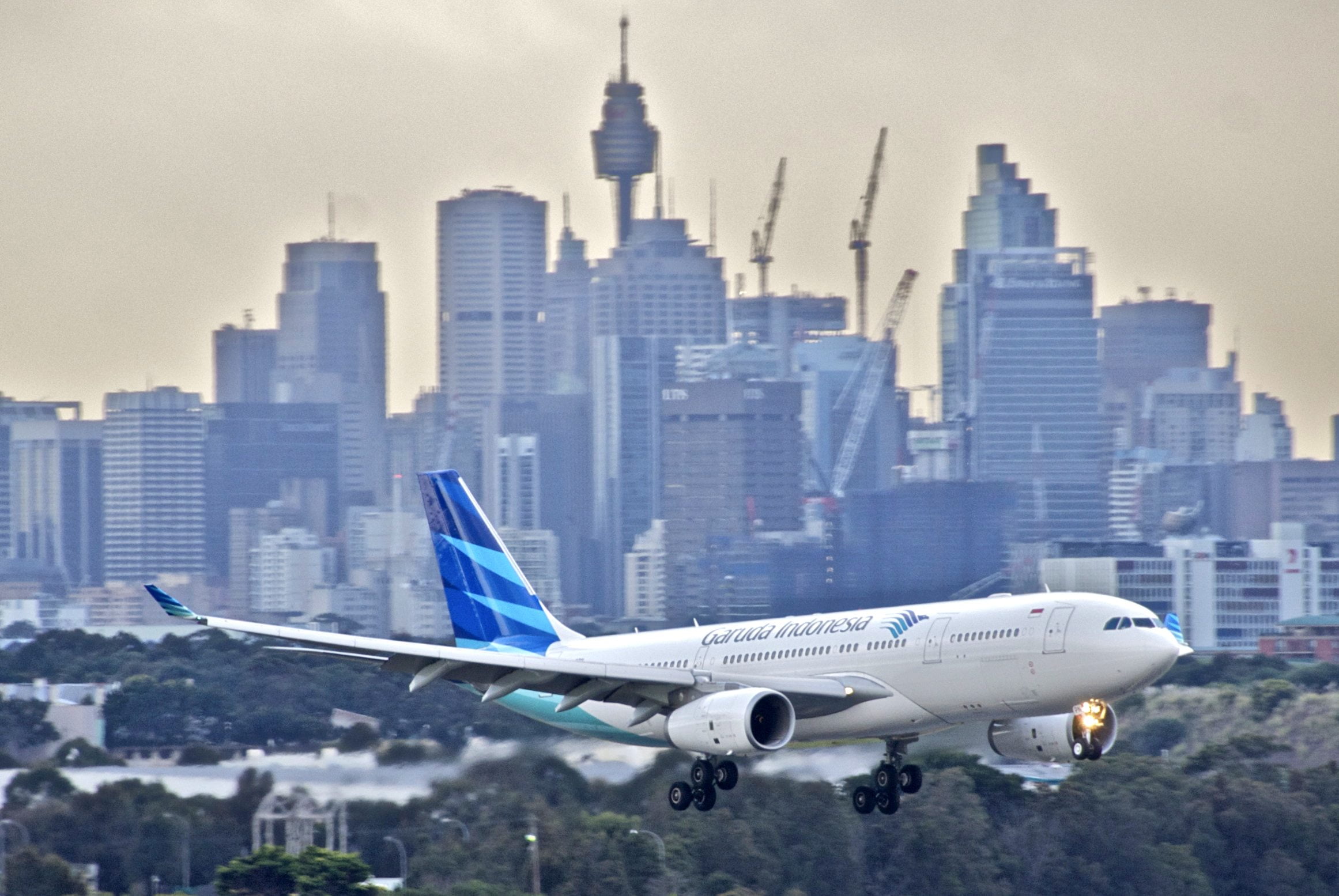 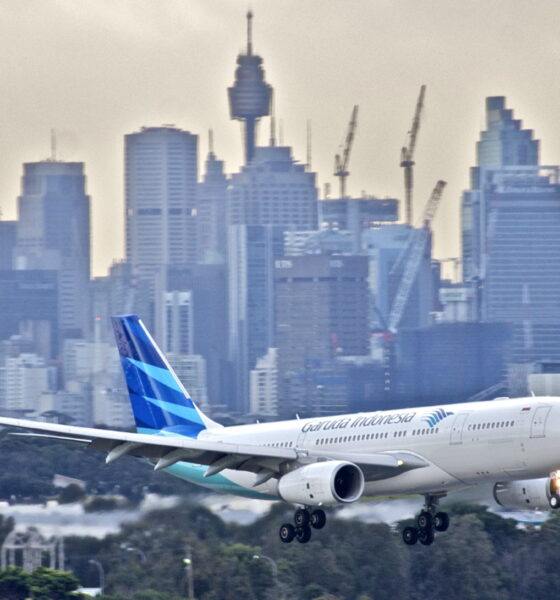 One side argues that the green movement can be enriched by air travel; the other says environmentalists must stay grounded. But who’s right?

Innovations that will reduce passenger planes’ considerable environmental impact may be possible, but they are not around the corner. In 2001, the Intergovernmental Panel on Climate Change (IPCC) concluded that alternatives to kerosene-based fuel for commercial jets would not be viable “for the next several decades”.

The UK Department for Transport, which would perhaps be more inclined to be optimistic given the government’s support for the expansion of aviation, also admits that no quick fix is “currently visible”. Aviation, it seems, will be the last transport sector to change.

This is unfortunate, because to fly is also to inflict the gravest damage upon the climate that a human being possibly can. In a large car carrying four passengers, for example, a return journey from London to Edinburgh of around 720 miles emits 74.4kg of carbon dioxide per passenger kilometre.

A commercial plane making the same journey would emit 202.6kg per passenger kilometre, and it must be considered that an international flight can easily journey as far in a day as an average car will in a year.

But this is not all. Jets release gases and particles that have an overall warming effect roughly 2.7 times as powerful as carbon dioxide alone. The altitude at which these emissions are released exacerbates the impact.

Carbon offsetting – a mechanism through which emissions are compensated by small investments in things like renewable energy – has been hailed by some as a solution. However, the system has been criticised. Campaign group Friends of the Earth brands offsetting “a dangerous distraction”. ResponsibleTravel.com – a leading tour operator for sustainable holidays – ditched offsetting in 2009, arguing it was ineffective.

The Department of Transport estimates that demand for flights will increase by 1% annually until 2050. The European commission says that by 2020, global international aviation emissions will increase by around 70% from 2005 levels, even accounting for the anticipated improvements in energy efficiency. The International Civil Aviation Organisation predicts that by 2050 they could grow by 300-700%. This is not sustainable.

There clearly are other ways to get around, but none make the far corners of the world so quickly and easily accessible than aviation. The environmentally conscious traveller therefore has a difficult choice. Can flying be justified?

Flying can be justified

“I fly because it’s the only way in which I can do the work that I do”, says Brendan May, chairman of the Robertsbridge Group sustainability consultancy.

“I think that applies to people like me who advise companies and I think it applies to a huge number of NGOs. There is no way that we can transform the business practices and politics of places outside the UK without spending time with the people we’re trying to help change behaviour.”

May is currently working to protect the rainforests of Indonesia; something he says cannot be done without boarding a plane: “If the work that I’m doing is successful then that would definitely compensate for the six or so flights that I have to take to Indonesia.

“Similarly, the social benefits of what people like the fair trade movement and the Oxfams of the world do, far outweigh the negative footprint caused by their journeys. I think you could apply that argument to much of the serious environmental work that goes on around the world.”

He qualifies this, saying that campaigners “who just fly the conference circuit” should stay at home, and that flying should be avoided when more sustainable options are available.

“I think that anyone that flies from London to Brussels or Paris is an idiot. There really is no need. But if it’s going to cut out time that you could then spend doing useful things then you don’t want to be on a train for 10 or 12 hours. I think you have to take each journey individually.”

He also makes a distinction between business and leisure travel. One of the most popular retorts of the pro-flight lobby is the economic benefits that air travel brings.

Speaking to Blue & Green Tomorrow in 2012, Paul Steele, executive director of the Air Traffic Action Group, said, “People often forget that if you’re flying on vacation to Thailand or from Bangkok back to London, your plane is not just about passengers who’ve been on holiday. You’ve got business people, government people, but also, importantly, the belly of that plane is full of goods. The aviation industry transports 35% of the value of the world’s goods.”

ATAG claims that if aviation were a country, it would have the 19th highest gross domestic product (GDP) in the world, generating $539 billion (£330 billion) per year. Despite this, May argues that business air travel can and should be reduced, not just for environmental reasons, but also cost efficiency ones.

The increased use of ICT and introduction of software such as Skype mean that many international meetings can be made without anyone leaving an office. He is, however, wary of conveying a similar message to holidaymakers.

“The reality is that aviation is going to grow exponentially in places like the Middle East, Africa and south-east Asia, and are we really going to say to all these emerging middle class people in Indonesia, in China, in Africa, ‘No, you cannot get on a plane’?

“What we have to do is put the aviation sector on a more sustainable footing, which means looking at aircraft design, looking at routes and fuel and the way in which people travel, but saying that we shouldn’t fly anywhere is just a route to nowhere.”

As previously mentioned, carbon offsetting had been put forward as one way of putting the aviation industry on such a footing, and May argues that we should not only listen to its recent bad press: “We have to defend good offsets which brings a whole range of benefits, but not be blind to the fact that we can’t just kick our dog and give the RSPCA some money and all will be well.”

He concludes, “I think aviation has a lot to answer for and the aviation lobby has handled the climate change debate in a quite clumsy and laggard-type way, but I think it is the wrong industry to pick. There are bigger fish to fry out there where there is a more realistic chance of success.”

In the opposing corner is Prof Kevin Anderson, a climate scientist and deputy director of the Tyndall Centre for Climate Change Research. He argues that environmentalists should lead by example by staying grounded.

Anderson decided that he could no longer justify flying eight years ago, and instead advocates slower, less damaging modes of transport. “At a system level, trains have an order of magnitude lower emissions than the metal bird alternative – the saving is that significant”, he wrote in a recent blog entitled Hypocrites in the air.

“Attending an ‘essential’ conference to save the world from climate change in Venice, Cancun or some other holiday resort, is perfectly doable by plane. However, the rising emission trends don’t seem to have registered the sterling work we have achieved at such events. Perhaps if we flew to more of them, emissions would really start to come down – we may even spot some flying pigs en route.”

In another article, written this time with Dan Calverly and Maria Sharmina, also of the Tyndall Centre, Anderson argued that the attitudes of airborne environmentalists borders on the colonial.

“This form of patriarchal egotism perpetuates the systemic nature of many issues. Whilst alleviating narrowly bounded but high profile concerns, from the extinction of particular species through to localised deforestation, it neglects more challenging and high-level drivers such as climate change”, they say.

“Certainly there may be niche benefits in western experts applying ‘sticking-plasters’ to localised problems, but it is an inappropriate model for addressing the pervasiveness of climate change, let alone the more interconnected nature of sustainability.”

Brendan May counters that most prominent environmentalists still take to the air, but Anderson is not alone in taking such an absolutist standpoint. The environmental journalist George Monbiot says that to board a plane is to be complicit in causing environmental destruction, succinctly saying, “If you fly, you destroy other people’s lives.”

One recent convert to this way of thinking is the meteorologist Eric Holthaus. In an article written for the Atlantic, Holthaus described how after reading the IPCC’s latest review of climate change science, he emotionally realised “any hope for a healthy planet seemed to be dwindling, a death warrant written in stark, black-and-white data”.

He and his wife decided they must reduce their own carbon footprints, and though Holthaus flew around 75,000 miles last year – mostly to Africa and the Caribbean, where he works to reduce the impact of climate change – he knew he could never fly again.

“For a lot of us frequent fliers, the environmental harm is dramatic and adds up fast”, he wrote in the article.

“A one-way flight from New York to San Francisco (2.23 tonnes of CO2) has nearly the same impact as driving a Hummer the same distance (2.81 tonnes). By vowing not to fly, I went from having more than double the carbon footprint as the average American to about 30% less than average.”

Holthaus noted that he still has to travel a lot, using trains or the car he shares with his wife when videoconferencing won’t do. “But by removing my single biggest impact on the climate in one swoop, I can rest a bit easier knowing I’ve begun to heed the IPCC’s call to action. Individual gestures, repeated by millions of people, could make a huge difference.”

To an extent, the choice seems to be between what is politically possible and realistic, and what science demands. If aviation is permitted to expand as predicted, we are relying on there being unforeseen progress in alternative fuels or emission reduction. This would be a big gamble.

But then, for governments to restrict flights would require a significant shift in political will and an unprecedented international display of public opinion. Never before would a campaign have lobbied for a reduction of public freedoms on such a scale.

Beyond that, the decision is an ethical one. When you next step on a plane, do you believe it will be worth it? As with so many of the questions that the environmentally aware must ask themselves, there is no easy answer.