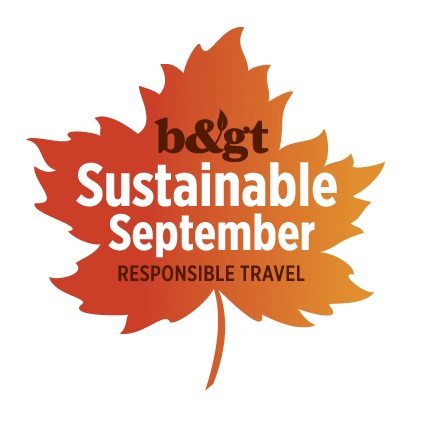 Three leading authorities on the tourism industry have been confirmed as speakers for the Sustainable September Tourism Debate, in Blue & Green Tomorrow’s month-long celebration of sustainability. Tickets are available here.

In the Oxford-style debate, two sides will speak either for or against the motion “Growth in tourism is undesirable: it is rarely economically or environmentally ‘good’.“

Patricia Yates, strategy & communications director at VisitBritain, will speak against the motion.

Also speaking against the motion will be Martin Brackenbury, director of Classic Collection Holidays and managing director of Brackenbury & Partners. Formerly a director of Thomson, Panorama, Airtours and Exodus he has also served for a number of years on various industry bodies, including ABTA and UNWTO.

On the other side will be Mark Watson, executive director of Tourism Concern, a charity that fights exploitation in the global tourism industry

Mark is a Fellow of the Royal Geographical Society and a Chartered Manager with an MSc in sustainability and a first degree in geography and international development. He was the campaigns director of the human rights charity Stonewall and the Executive Director of One Planet Products before founding the charity UK Foundation for AIDS Research in 2009.

The three newly confirmed speakers will be joined by Manda Brookman, director of CoaST: One Planet Tourism network, a social enterprise leading sustainable tourism in the Cornwall area and beyond, who will also argue for the motion.

Each side will deliver a seven-minute opening statement, followed by a two-minute rebuttal to the opposition’s argument and questions from the audience.

The audience will be invited to vote for or against the motion, or say they are undecided before the debate takes place, and then again afterwards to decide the winner.

The event will run from 6-9pm on  September 3 and will take place at the Museum of London, close to the Barbican Centre.

A moderator will be announced very shortly.