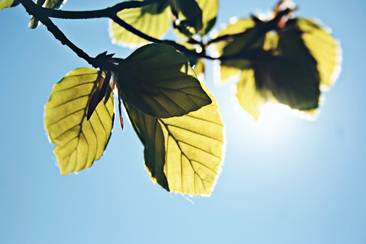 As the nights draw in and we prepare ourselves for the dark economic times ahead, Simon Leadbetter looks at the Autumn Statement and asks, “Was it sustainable and what could it have said?”

As the Chancellor of the Exchequer, the Right Honourable George Osborne MP, took his seat after a confident 47-minute Autumn Statement, the internet buzzed with positive and negative feedback.

As the nights draw in and we prepare ourselves for the dark economic times ahead, Simon Leadbetter looks at the Autumn Statement and asks, “Was it sustainable and what could it have said?”

As the Chancellor of the Exchequer, the Right Honourable George Osborne MP, took his seat after a confident 47-minute Autumn Statement, the internet buzzed with positive and negative feedback.

It is not our intention to do what the national press and broadcasters will do, in so much more depth, which is examine in excruciating detail the content and delivery of the Autumn Statement and the Shadow Chancellor’s responses.  Blue & Green Tomorrow was specifically looking for evidence of the “greenest government ever” (David Cameron, May 2010).

The evidence we sought from the Autumn Statement would include a commitment to a low pollution economy; investment and incentives for investment in clean technology; support for mass transportation and emerging sustainable enterprises that will be the champions of future growth.

As we’ve pointed out previously it is likely that if you voted Conservative there will be more to applaud than criticise in a speech that has to navigate the wishes of two distinct parties, with very different manifestoes and electorates. If you voted Labour, the opposite will be true.  Left-leaning LibDems will share some of the concerns of Labour and right leaning ones the concerns of the Conservatives.

Whoever was in Government, tough decisions would have to be taken and a painful transition to a lower debt economy would be underway.

Possibly the worst news was the £250m support package for some of the world’s richest energy intensive companies, that have already bagged billions from carbon pollution permits.

We also have grave concerns over the government’s reform to planning rules, which have been established over the many years and successfully protected large portions of Britain’s green spaces.  The rules seem to have been unduly influenced by the house-building lobby, which sits on a land bank of hundreds of thousands of plots but would much prefer to build on more desirable greenfield sites. When coupled with plans to relax observance of the EU Habitats and Wild Birds Directives, which requires member states to maintain and restore the biodiversity of natural habitats, wild species and birds, our alarm bells start ringing.

We cannot welcome the freezing of fuel duty from the principle that increased car usage is unsustainable for our environment and for our congested roads. We recognise the immediate impact of petrol prices on people’s wallets but data from the independent ONS suggests that between 1980 and 2010, the real cost of motoring, including the purchase of a vehicle, declined by 10%. Over the same period, bus and coach fares increased by 54% and rail fares increased by 55%, in real terms. Strategically important policy areas for the economy, such as transport, need to be treated as more than crowd-pleasing headline grabbers written by motoring pressure groups.

While on the subject of motoring, we applaud efforts to encourage fuel efficient, low emission HGVs and the planned expansion of the quiet night time deliveries scheme.

We welcome the support for small and medium-sized enterprises (SMEs), including the attempts to ease access to credit through the loan guarantee scheme. We are concerned about the practical application of these policies when Project Merlin, the Government’s previous attempt to help business borrowing, failed so spectacularly.

We also applaud the £275m extra investment in economic innovation and research and development (R&D), including £75m for technology-based SMEs. Ultimately innovation equals economic growth and innovation is the preserve of SMEs.

Some good headlines were secured in Government friendly newspapers by the above inflation (but below originally planned) increases in rail fares to 6.2%, rather than 8.2%. £1.4bn is to be spent by Network Rail on railway infrastructure and commuter links, in particular the Oxford to Bedford line. It’s a pity he couldn’t push the 30 miles further to Cambridge, linking our top two Universities along the original Varsity line.

But was this the sustainable Autumn Statement of the greenest government ever? While there are elements to applaud in the Statement, pandering to energy-intensive industries, house building and motoring lobbies suggests not.

Our first peacetime coalition since the war was a unique opportunity to ignite a new sustainable economy; sustainable for the long-term and for future generations, by building on the wreckage of economic catastrophe and of out-dated thinking and industries.

There could have been tax incentives through venture capital trusts (VCTs) and Individual Savings Accounts (ISAs) to move funds from unsustainable sectors to sustainable ones; freeing the Green Bank to raise its own funds; a commitment to building a smart energy grid to make off shore wind power more tenable; a commitment to invest in clean technology R&D, well in excess of the tens of millions promised.
Just as it is irresponsible to pass the debt of one generation’s bad decision-making to the next, so it is equally irresponsible, if not more so, to pass polluting, inefficient smokestack industries to a generation that will face irreversible environmental degradation and economic decline.

What we suspect we have is a business-as-usual government trying to jump start borrowing and our financial services industry, so the good times come back.