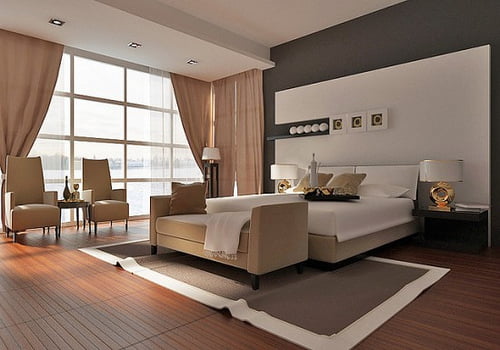 A recent trend has been to build your own self-sufficient home, which gives you everything you want from a house, whilst also being friendly to the earth. Charlotte Reid has been finding out why having a sustainable home has become popular.

The idea of building your own home that is seemingly at one with its surrounding environment would perhaps fit in more with the television programme, Grand Designs.

A recent trend has been to build your own self-sufficient home, which gives you everything you want from a house, whilst also being friendly to the earth. Charlotte Reid has been finding out why having a sustainable home has become popular.

The idea of building your own home that is seemingly at one with its surrounding environment would perhaps fit in more with the television programme, Grand Designs.

However, over the past few years there have been homeowners and builders wanting to make homes more environmentally friendly.
What makes a building green is the materials used to build it and the methods used to improve the efficiency of it, so less energy is needed to power it.

The AECB, the sustainable building association, works by bringing together developers, builders, architects and many more in the building trade to discuss and promote the latest in sustainable homes.

However, the idea of sustainable architecture started to move away from purely the builders’ and architects’ creations, as homeowners started to show an interest in environmental options for their houses.

Architect Luke Tozer, from Pitman Tozer Architects, experts in creating low energy homes, says some of the people who approach him have “their own preoccupations and ideas” when looking how to build an eco-home.

Tozer started to become interested in sustainable architecture when he used himself as a guinea pig and created a low energy home in west London.

The house is called Gap House. Tozer says he enjoyed having the chance to build a new house in London as the opportunities to do so are “fairly few and far between“. He explains that as he wants to live in his house for many years it seemed sensible to “try to build something that is going to last a reasonable amount of time. It makes sense to invest a bit more the initial construction and lower the running costs“.

Tozer points out that some developers started to get interested in sustainability and building because of government legislation, rather than wanting to be to friendlier to the earth.

The Government plan is that by 2016 all new houses built will be carbon neutral, although it was accused of watering down these targets in the budget earlier this year.

What are the advantages?

Green buildings create improved places for people to live and work in whilst also being more efficient and generating less waste.

Sally Hall, AECB, says sustainable architecture “makes sense” but explains that the benefits are “not just from an environmental point of view but obviously if you are going to save energy you can save costs”. As energy costs increase, she explains that this makes the payback from having a more energy efficient home “better and better“.

Although not everyone who is interested in sustainable homes has an ambitious project like the people featured in Grand Designs, Tozer believes that a lot of interest in green building is due to the Channel 4 series. He says, “I think there is a big Kevin McCloud factor in people”.

“It has raised people’s aspirations and made them aware that you need architects and designers to be able to provide these things and take them through often a long and difficult process to get to their goal.”

What is the future?

It is feared that because the coalition government recently cut the Feed-in Tariff, a subsidy for solar panels, that it will have an effect on the amount of people willing to make their houses sustainable.

Hall believes that there will be a drop in the number of people wanting to explore the uses of solar panels.

“I should think a lot of people probably won’t bother going for them because if they can’t get a return then they are not going to bother“, she said.

“It is going to revert back to people who really just want to help the environment not people who want to use it as an investment”.

Tozer believes that the approach that the government took when making the changes was “unfortunate“.

He thought the changes should have been done on a more gradual basis, “to slash them overnight undermines the existing industry. I think it’s unfortunate that they didn’t give some certainty and a longer time period for reducing the Feed in Tariff and industry would have been better able to adapt“.

However, the future of having sustainable homes does not rely solely upon people building their own self sufficient space, as good work can be done by increasing the improvement of already existing homes.

But Tozer explains that this will be a challenge.

“It’s all very well peppering the south facing roofs with PVs [solar photovoltaic panels] but actually what you want to do is reduce the amount of energy that is being used in the first place”.

Hall agrees and explains that one of the best ways to be sustainable in the home is to have better insulation because “it’s a cost effective and a very effective way of making yourself green, making you money and keeping yourself warm“.

This includes simple things like loft insulation and double glazing, as Hall says “you don’t need anything fancy”.

She added that the main issue is “getting people to use less“, this change in behaviour is also important even for people who live in eco-homes as wasting energy could undo all the good work you have done.

“We are a very consumerist and materialistic society and a lot of the adverts we see are geared to make us like that. So if you are very low impact sort of person, minimalist is what we need to make fashionable rather than consumerist.”

If you are interested in sustainable architecture or want to know more about renewable options for your home then contact Good Energy.