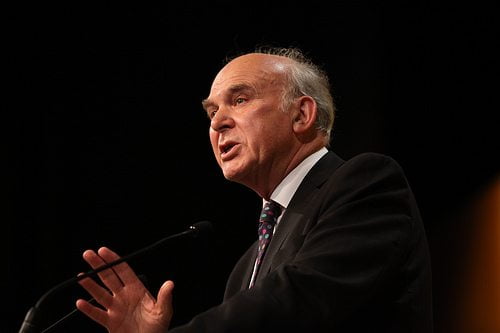 The UK government is to demand that companies list their true owners on a public register, in a move that business secretary Vince Cable says will tackle “the darker side of capitalism”.

The register would list the name, nationality and date of birth of anyone with an interest in more than a quarter of a company.

The proposals would also abolish untraceable “bearer shares”, which are issued only in physical form and are not registered to any authority. Anyone holding anonymous shares, once the rules are implemented, would be forced to buy registered shares instead.

Cable says that the new rules, which are awaiting parliamentary approval, would improve transparency in business and help the authorities combat tax evasion and money laundering.

“For consumers, investors and the wider public to really trust a company they need to know who is really in charge,” he said.

“This is why I’m making sure we take tough action tackling the darker side of capitalism and the smoke and mirrors which have existed for too long.

“No longer will UK companies be able to use complex structures and trails of paperwork to hide information and keep the public in the dark.”

Cable also said he would crack down on the use of corporate directors, where a company acts as the director of another company.

The plans have been welcomed by the Institute of Directors (IoD). Dr Roger Barker, director of corporate governance, said, “The IoD strongly condemns the use of corporate structures to obscure illegal activity.”

Commenting on the proposals, Matthew Fell, director for competitive markets at the UK’s leading business lobbying organisation CBI, said, “Businesses back the creation of a beneficial ownership register which will support efforts to promote transparency and stamp out illicit financial activity.

“Equity investment is a vital but under-used source of finance for the UK’s growing mid-sized businesses, so we must be careful to distinguish between this legitimate private investment and the illicit financial activity targeted by this new measure,” he added.

“The real benefit of the new register is the ability to track company ownership information around the world. Now that the UK has chosen to make this a public register, ensuring that others follow our lead will be critical to its success and to maintaining a level playing field.“