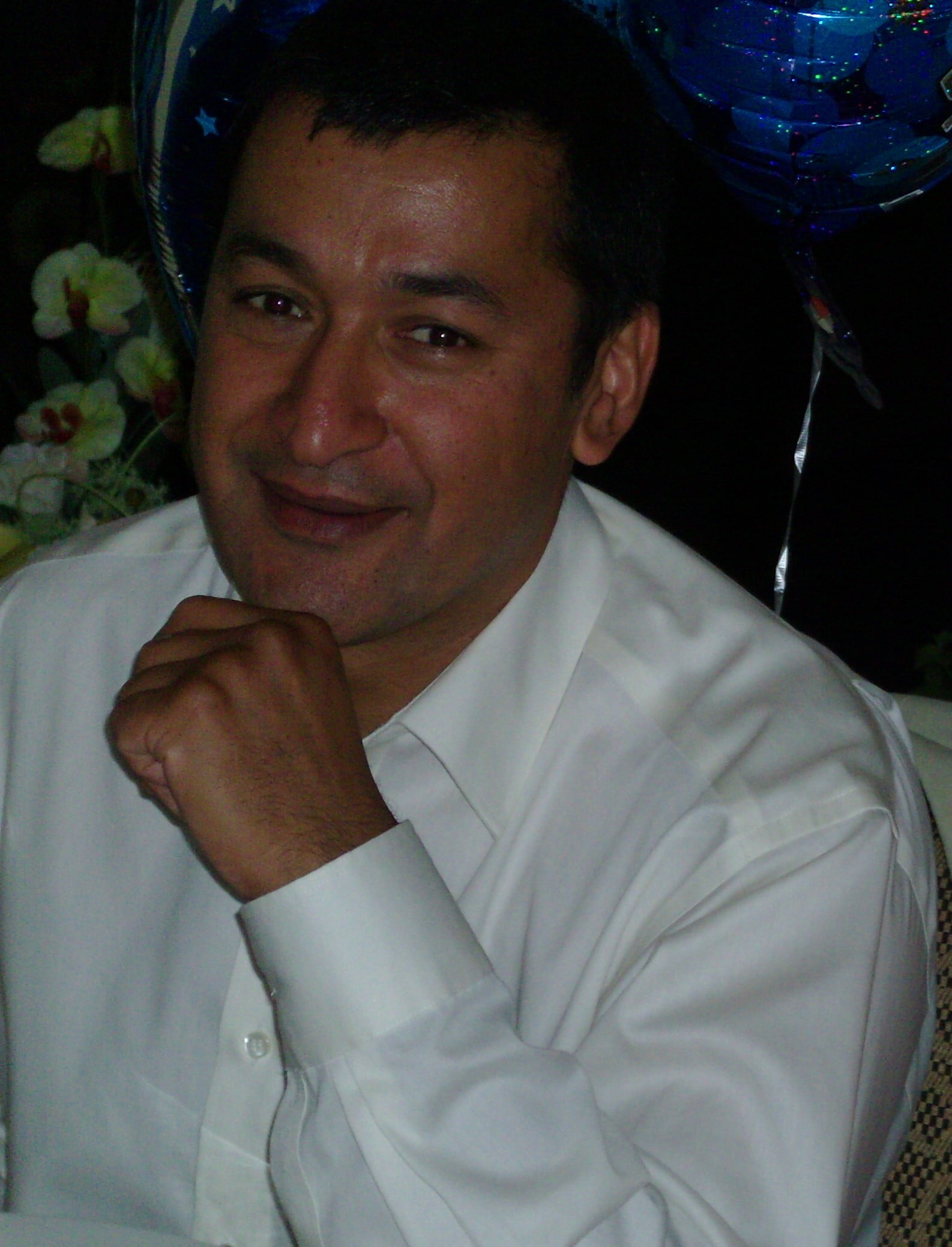 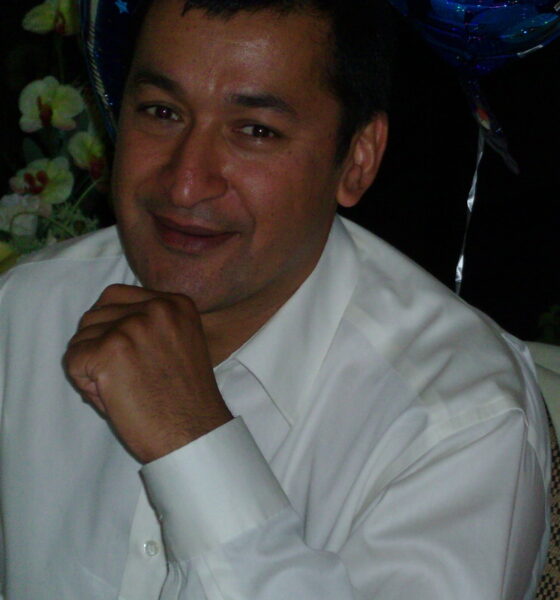 Combining financial security with your ethical beliefs is ‘not a pipedream’

It might sound like an exaggerated statement from the managing director of wealth creation and investment management specialists, Lighthouse Impact Ltd, but it’s not – far from it, in fact.

“Ethical investment makes you more in harmony with your personality“, Rawal continues.

“It puts your beliefs to work within your investment portfolio, it’s more individual, and you’re tailoring it to what you believe in, rather than being shown what to buy in the market place.”

Having worked in the stockbroking industry for many years, Rawal, a self-proclaimed philanthropist, said, “I wanted to use my investment ability to help make the world a better place“, and so formed his own company, Lighthouse Impact Ltd, in 2003.

The company offers comprehensive financial advice and planning, specialising in ethical investment and making people wealthier through their positive investments.

Based in Derby and covering much of Derbyshire and the East Midlands, with clients in other areas of the UK as well, Lighthouse Impact Ltd is an independent wealth management practitioners.

“The aim is to make the clients wealthier whilst protecting their wealth and making them more financially secure, within their own beliefs – showing them that it’s not a pipedream“, says Rawal.

“Lighthouse Impact Ltd is designed to actually be practical rather than theoretical in its application of applying finance to peoples’ lives, so they can experience the benefit within their lives, rather than buying a packaged product and not knowing what to do with it.”

Advice starts by learning about a client’s situation

Although he admitted there are “now enough ethical investments to diversify a portfolio well“, in contrast to the “one or two” from 20 years ago, Rawal claimed giving financial tips without properly getting to know a client was “the wrong way to proceed“.

“Advice starts by learning about a client’s situation, their risk profile, their value system, what they believe in – all of these things are needed before you can advise people individually; rather then making ‘off-the-cuff’ recommendations to people.

“Making a judgement without knowing an individual is really where people have gone wrong in the past in the non-ethical industry, because sweeping generalisations have been made, and people have taken their advice and lost money and then blamed the advisors or the industry and that’s not a responsible thing to do.”

Lighthouse Impact Ltd offers a combination of fee and commission-based methods of payment for their services. Rawal emphasised the relationship aspect of their advice-giving.

“A client can want something for nothing and an advisor can take advantage of somebody’s ignorance to give them unsuitable advice.

“Both situations are wrong, so what we look to do is build meaningful relationships with our clients wherever possible, but it’s dual-process.”

Ignorance and lack of knowledge are stumbling blocks

He recognises ethical investment is a growing sector, though, and, like Julian Parrott and Jeremy Newbegin before him, he cites “ignorance, a lack of knowledge and a lack of understanding” as three reasons why it hasn’t completely taken off in the UK.

“There are an innumerate number of people who contribute to charities and who lead a good spiritual life, but they don’t know about the existence or potential of ethical investments“, Rawal states.

“The banks or building societies that people mainly bank with either don’t have any ethical investments, or if there are, there will be a very limited selection which will be unsuitable for the client in many cases.”

“Many advisers will either not be aware of ethical investments or not actively promote them to customers.”

Rawal added that not knowing who to go to, a lack of promotion from the mainstream investment industry, cost issues, a lack of positive action, the negative stigma attached to the sector, and the overall scepticism of the UK public in a time of extreme financial volatility, are all other factors as to why ethical investment is likely to be low on an individual’s priorities.

He reinforced the point that if you have sustainable or ethical morals, then the obvious thing to do would be to make your investments run parallel to your beliefs.

“The best way to do that is by actually having the conviction and investing your money in accordance with what you believe”, he said.

“That makes you stronger and more confident, because you are living in harmony with your soul and your personality, and you can say you are actually one of those individuals who lives by their principles instead of talking about them.”

Use your own individual thumbprint to build wealth

Although not a big fan of fame, Rawal draws inspiration and teachings from the life and career of Muhammad Ali, a boyhood idol of his, who is now renowned just as much for his social activism and philanthropy as he is for his legendary career in boxing.

Rawal met Ali briefly in 1983 and was hugely impressed by his humility, warmth and genuineness.

“He is truly a great man, and he’s achieved a great many things, but underlying all that, are the values and the principles he lived his life by, which resulted in him transcending the world of boxing to become one of the world’s most famous men.

“He stood by his beliefs and actions, and by doing so he made himself greater than any sportsman that’s ever lived. I could learn a lot from listening to his philosophy about life, the way he conducts himself, and the way he shapes his life.”

To put it simply, Ash Rawal, and others like him within the ethical investment sector, conveys a simple message:

“Do what you believe in instead of just talking about it, and it will improve your psyche, your self-confidence, your belief, and moreover, it will help to build your wealth and financial legacy using your own individual thumbprint.”

If you would like to know more about ethical investment, contact Lighthouse Impact Ltd, or complete our form and we’ll connect you with a specialist ethical adviser.

Lighthouse Impact Ltd is based in Mickleover, two miles from Derby city centre.

With an estimated population of 236,000, the city lies upon the banks of the River Derwent in the ceremonial county of Derbyshire, and is a short commute away from the Peak District National Park – one of the most beautiful areas in Britain.

The 18th century painter, Joseph Wright, hailed as “the first professional painter to express the spirit of the Industrial Revolution” was born in Derby. Whilst other notable people to have strong links with the city are Florence Nightingale, the pioneer of modern nursing, and the late actor Alan Bates, most famous for starring in the film, Zorba the Greek.

Its football team, Derby County, currently play in the Championship, and are managed by Nigel Clough, whose father, Brian, is arguably one of the greatest managers to have graced the English game.
Clough senior took the Rams from the doldrums of the then-Second Division, to become First Division champions in the space of just five years – a remarkable feat.

In terms of its Environmental Policy, Derby City Council’s “overall goal is to protect and enhance the environment while sustaining it for future generations. We will do this by working in partnership with others to continually improve our environmental performance.”

The Council publish a Declaration on Climate Change, as well as their environmental performance – both of which are available on its website.

The city’s emissions per capita are also lower than previous years, standing at 6.5t in 2009 after a steady reduction of 0.9t since 2005, placing it nearly a tonne under the national average.