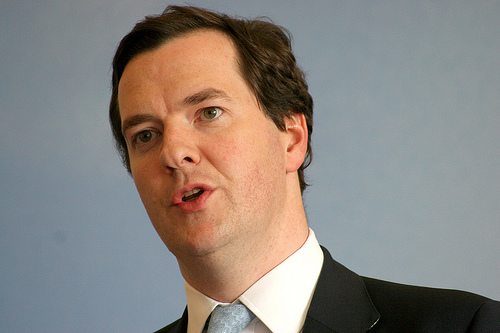 George Osborne has said that the government will be reducing the cost of energy bills by cutting back on green levies.

Appearing on The Andrew Marr Show on Sunday, the chancellor said that the measures would equate to around £50 per household and will help families with their cost of living and their energy bills.

“What we’re going to do is roll back the levies that are placed by government on people’s electricity bills. This will mean that for the average bill payer they will have £50 off their electricity and gas bills”, Osborne told Marr.

“We’re pretty clear that they have got to pass on any reduction in the cost that government puts on energy bills.”

Energy secretary Ed Davey insisted that the plans would not compromise the government’s commitment to reducing carbon emissions, announcing a £540m investment in energy efficiency across UK homes.

According to the Department for Energy and Climate Change (DECC), people buying a new home will receive £1,000 to spend on energy efficiency measures, with up to £4,000 available for particularly expensive measures. DECC added that £90m would be made available for improving energy efficiency in schools, hospitals and other public sector buildings over the next three years.

Labour leader Ed Miliband is expected to criticise the measures, saying that they amount to a “cosy deal” between the government and energy companies.

He will give a speech at the VW training centre in Milton Keynes, saying that the government was “struggling to catch up with the British people who live at the sharp edge of an economy where the link between the wealth of our nation and family finances has been broken”.

He will add that the cost of essentials, such as gas and electricity, is “higher than can be justified”.