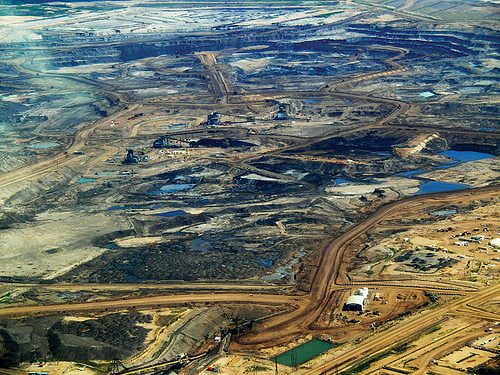 Despite some politicians calling for the oil produced from tar sands to be labelled as ‘dirty’ and for the veto of such imports into the bloc, the European Parliament voted to allow imports, delivering a boost to Canada.

In May, it was reported that Canada was lobbying to make oil sands accessible to Europe, with a leading scientists saying this would mean “game over” for the climate. The energy extraction method is far more polluting than conventional techniques. A study has previously stated that tar sands pollutants are “greatly underestimated”.

Environmentalists wanted the Parliament to penalise the use of tar sands, arguing that as well as being highly polluting it requires a lot of energy and water resources, further affecting climate change goals. In total 227 MEPs voted against the fuel quality rules, falling short of the 276 needed to reject the plans.

“It is a dangerous precedent if a majority in the Parliament permits a weakening of environmental standards” commented Jo Neinin, an EU lawmaker.

Canada’s minister of natural resources, Greg Rickford, welcomed the decision, stating that the country was a “secure, reliable and responsible source of energy”.

Nusa Urbancic, from the organisation, commented, “The fierce lobbying of Canada and big oil led the commission to weaken the dirty fuel law. But today the Parliament stood up and declared that more has to be done on dirty oil after 2020.

“The new commission should listen to the representatives of the citizens and prevent oil companies from betting their future on dirty unconventional fuels that are a climate time-bomb and are extremely costly to extract.”