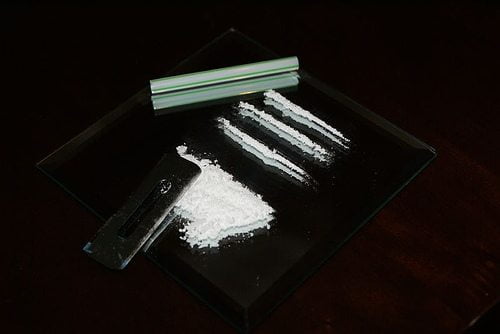 Paul Flowers, former chairman of the Co-operative Bank, has been forced to apologise after being accused of buying Class A drugs, just days after appearing before a committee of MPs.

The Mail on Sunday published a video which allegedly shows Flowers handing over £300 to a companion, thought to be for cocaine. The incident, which took place in Leeds, is being investigated by West Yorkshire Police.

Flowers, who was the chairman of the Co-operative Bank until early this year, has apologised for his actions, which he described as “stupid and wrong”. He has also been suspended from duties at the Methodist church in Bradford where he served as a minister.

“This year has been incredibly difficult, with a death in the family and the pressures of my role with the Co-operative Bank”, Flowers said in a statement.

“At the lowest point in this terrible period, I did things that were stupid and wrong. I am sorry for this, and I am seeking professional help, and apologise to all I have hurt or failed by my actions.”

Flowers appeared before MPs just days before this incident is said to have taken place to give an account of his involvement in the near collapse of the Co-op.

The bank was accused of letting its survival through the financial crisis “go to [its] head”, but Flowers insisted that senior politicians, including shadow chancellor Ed Balls and business secretary Vince Cable, gave them “winks and nods” to expand.