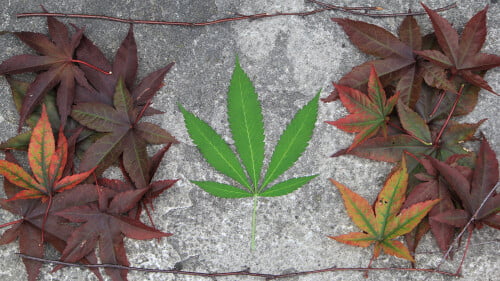 The Native Americans knew that cannabis had powerful health benefits for centuries before colonists arrived. Modern environmentalists and cannabis sometimes go hand in hand, and many environmentalists hope to advance cannabis legislation. A recent report from Climate One has pointed out that legalizing cannabis can also help fight climate change. They are arguing that illegal growers are destroying the environment to create secret plantations. Such devastation wouldn’t be necessary if they could grow in plain sight.

If you want to make a commitment to teaching how to fight climate change, you need to make sure your arguments are ironclad. They must be unassailable on all fronts. This is why environmentalists and health experts are collaborating.

Environmentalists that Favor Cannabis Legislation Are Refining their Arguments

Environmentalists are working with health experts to make better arguments for cannabis regulation. They have made some progress, largely by understanding the medicinal properties. This will encourage more legalization, which will help the climate as well, according to articles from Scientific America and Climate One.

Humans have known for thousands of years now that the effect of cannabis on the human body is unique. Prohibition has inhibited most scientific research, so exactly why cannabis has this effect is still unknown. However, what we do know is that a variety of substances are responsible for the overall feel of a strain of cannabis.

Strains are divided up into Indica, Sativa, and Hybrid strains, but there’s still so much more variety. Two different Indica strains can feel vastly different, likely because their terpene profiles are different.

Terpenes are aromatic oils secreted by the same glands that produce cannabinoids like THC and CBD. These oils have distinctive flavors that resemble berry, pine, citrus, mint, and others. Scientists believe the cannabis plant adapted to create terpenes to repel predators and attract pollinators. A wide variety of factors can influence a plant’s individual terpene profile. Climate, weather, age, fertilizers, soil quality, it all affects the taste profile of the final product. There have been more than 100 different terpenes identified in the cannabis plant, which explains why strains have unique profiles. These terpenes also have unique effects.

What Effects Can Terpenes Have?

Some terpenes have been identified with promoting stress relief and relaxation, while others offer more focus and clarity. These claims still need more research as terpene effects still aren’t fully understood. Tasting the individual notes in a cannabis plant is best done through vaping. Your vaporizer should offer a clean smoke that is easy to hit for appreciating the terpene content of dry herb. If you want to know where to get the best vaporizer for the smoothest hit, Vapium is one of the companies releasing some of the best vaporizers at the moment.

In conclusion, cannabis legislation has been a long time coming. Both environmentalists and health experts recognize its benefits. They are working more closely together to advance it. Ideally, this should move society forward on multiple fronts.