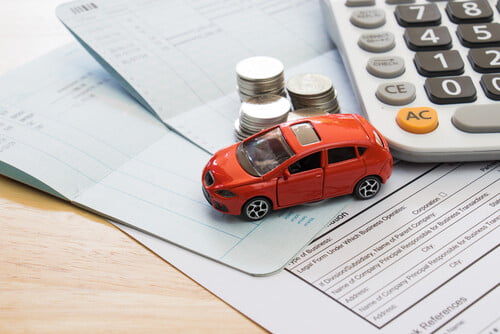 There is a strong alliance between cannabis advocates and environmental activists. They are often the same group. They both have tried to make some salient points about the need for changes in both regards.

However, they often face some backlash from people that claim that the social and economic effects are too high. One of the biggest concerns is that cannabis might increase auto insurance rates. Is this true? Should climate activists reduce their support for cannabis legislation? If the politicians that support cannabis legislation and climate change activism start losing due to increased auto insurance rates, then the fight against climate change will suffer.

The good news is that any increase in insurance rates should be minimal. This should temper opposition to cannabis support, which should help lawmakers running on both legalization and stricter environmental laws.

This year, Canada became the second nation in the world to legalize the recreational use of cannabis. The criminal code offenses for marijuana possession were taken off the books starting October 17th, but that doesn’t mean it won’t have an impact for Canadians everywhere. If auto accidents and impaired driving increase after the legalization, it’s possible the price for auto insurance could go up. States with legal cannabis use in the United States have been increasingly pressured to reveal what percentage of impaired driving accidents can be attributed to marijuana consumption. A recent study from the U.S. Insurance Institute for Highway Safety found that states who legalized marijuana had a 5.2% increase in accident rates. There’s no reason why the same increase wouldn’t be seen in Canada, now that the drug has been legalized. Auto insurance rates in Ontario have risen the most since the ruling.

Canada defines a passenger as intoxicated based on the amount of THC found in their blood. Two to five nanograms per milliliter of blood are slightly impaired, 5ng or above is moderately impaired, and a third offense is for the motorist who combine THC with alcohol consumption. A 2014 study of accidents in Colorado after legalization discovered that 115 fatal collisions tested positive for marijuana in the blood. That’s more than double of 47 fatal crashes in the previous year before legalization. Since the legalization of cannabis will undoubtedly cause a rise in auto insurance costs for all motorists, comparison shopping should be done to find the best rates. Plenty of sites online will help you find the best car insurance rates.

Canada’s legalization is relatively uncharted territory, but it is only the second nation to legalize the drug at the national level. Heach province within the country can handle taxes and offenses in their own way. The legal age for consumption is 19 in most provinces, but 18 in Quebec. Trudeau’s government is hoping to raise the limit to 21. Canadians are allowed to possess up to 30 grams of marijuana to carry and share with adults. It is a federal crime to supply the drug to minors and carries a penalty of up to 14 years in prison. While the drug is becoming more socially acceptable, Canada won’t feature the so-called pot cafes that have become popular in Amsterdam. Each province has established its own rules for how the drug can be smoked in the public. Ontario, British Columbia, and Alberta allow people to smoke anywhere cigarettes can be smoked. Halifax is setting up designated toking zones. Canadian legislators expect that most marijuana consumption will take place behind closed doors and on private property, rather than out in public. Despite the newly announced legalization, the Canadian auto industry will definitely be impacted by the legalization.

With studies from the United States showing there is a definite increase in impaired driving, it will only be a matter of time before we can see the effects of this policy has on insurance prices, or rather the increase there of.

Many people worry that cannabis legislation could lose support if it proves to be too costly. This would threaten the electability of all the positions pro-marijuana candidates voted for, which include environmentalism. The good news is that those fears seem to be mostly baseless, so environmental activists shouldn’t have anything to be worried about.