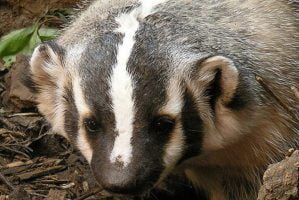 Humane Society International/UK (HSI/UK) reveals a new poll which shows the concern the public have for the suffering of badgers during the culls.

30 August 2016 – Humane Society International/UK (HSI/UK), the UK arm of one of the world’s largest animal protection organisations, today reveals a new poll which shows the high level of concern the public have for the suffering of badgers during the culls. The results come as DEFRA officially announces its plans to expand the culling of badgers in England to seven new areas across three new counties.

The organisation is calling for the government to rethink its current strategy after years of research and specialist advice from scientists, wildlife experts, and animal welfare organisations has found the programme to be ineffective and inhumane. The policy is also burning a hole in the UK taxpayer’s pocket at a price of nearly £7,000 per badger killed – none of which have been tested for the presence of bTB.

The British public are echoing experts’ concerns about the cruelty of the culls as the insightful YouGov survey asked a question shows that 67% of respondents expressed that they would be concerned at the suffering caused to badgers if the cull went ahead in their counties.

Claire Bass, HSI/UK’s Executive Director said: “It is both shocking and sad that the government is expanding this cruel ‘pilot’ policy to three new counties.

“England’s badgers are being needlessly killed as scapegoats, part of a ‘smoke and mirrors’ attempt to, appease farmers and detract attention and resources away from an effective long-term solution to bovine TB.

“In Wales, where the government has rejected badger culling in favour of stricter controls over cattle testing, cattle movement and on-farm biosecurity, there has been a marked decrease in new herd incidents. This is a disease spread primarily from cattle to cattle so it’s only logical that the effort should be put into stopping spread of the disease on farms, between cows.

“A recent survey has also shown that the public are quite rightly as concerned as we are at the suffering of these poor badgers. This cull makes an absolute mockery of the government’s posturing of the UK as a world leader on animal welfare and it’s no surprise that veterinary experts have declared that taking pot shots at badgers in the dark causes unacceptable suffering.

So far, this cull is failing not only badgers, but farmers, cows, and tax-payers, all because the Government refuses to acknowledge that the writing’s on the wall.

“So far, this cull is failing not only badgers, but farmers, cows, and tax-payers, all because the Government refuses to acknowledge that the writing’s on the wall. We know that many millions of people in this country care about animals and we need them to speak up and demand an end to this senseless slaughter of Britain’s wildlife.”

The British Veterinary Association (BVA) – which represents the UK’s veterinary surgeons – has also withdrawn its support for controlled shooting because they consider it inhumane.

Professor Alastair MacMillan, Veterinary Advisor for the organisation and an ex-DEFRA advisor, said: “The Government-appointed Independent Expert Panel showed that, in the first year, almost a quarter of the badgers shot were extremely likely to have suffered for more than five minutes. Post-mortem reports have shown that a high proportion of badgers shot were hit outside the ‘target’ area of the body necessary to ensure a quick death.

“We are concerned that, in the coming months and years, many more badgers will continue to be wounded in this way and will retreat to their setts to suffer and die painfully and slowly underground. The science is unambiguous and the evidence is clear – the culling of badgers is absolutely causing suffering, and it will make no meaningful difference to the spread of bTB in cattle in the UK.”

Humane Society International/UK are calling on members of the public to show their opposition to the cull by shooting selfies, not badgers, as part of the Team Badger’s Big Badger Mosaic campaign, which includes the faces and support of celebrities such as Joanna Lumley and Brian May. To find out more, please visit:https://teambadger.org/bigbadgermosaic