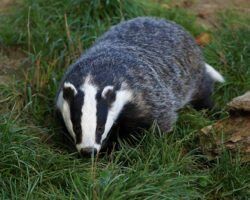 Are Flies and Earthworms Next After Badger Cull, MPs Tell Minister

The Humane Society International UK, in response to the debate at Westminster Hall on the badger cull and bovine TB, has criticised the government for ignoring scientific evidence against culling badgers as a method for eradicating bTB.

The organisation argues that, despite opposition to the cull from animal welfare campaigners, scientists, veterinary experts, and MPs, who expressed their concern today during the heated debate, the government is not taking an evidence-based or humane approach in helping farmers to address the issue of TB in their cattle.

Claire Bass, executive director of Humane Society International UK, said: “Today’s debate saw anti-badger cull MPs eviscerate the Government’s justification for persecuting badgers, and yet it was clear from Minister George Eustice’s response that the government will continue to ignore the scientific evidence and persist with a cruel cull that has not, and will not, eradicate cattle TB.

“We echo the comments of Dr Monaghan MP who called the killing of badgers ridiculous and redundant, and who was quite right to ridicule the persecution of badgers by pointing out that llamas, cats, bats, flies and earthworms also carry bTB and yet a cull of these species would be seen as preposterous. Steve Double MP’s assertion that badgers are ‘Britain’s biggest rodent’ was a low-point in a debate that saw pro-cull MPs and the Minister trot out tired and ill-informed excuses for a cull policy that is failing both badgers and farmers.”