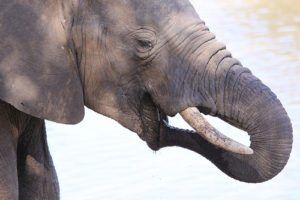 A resolution has been adopted recommending the closure of domestic elephant ivory markets by parties at the 17th Conference of Parties at the Convention on International Trade in Endangered Species of Wild Fauna and Flora (CITES).

We hope that the plenary session next week will confirm this decision.

An in-session working group was formed last week to discuss two overlapping documents on the closure of domestic ivory markets submitted by the African Elephant Coalition (Doc.57.2) and the United States (Doc.27 Annex 1). The working group consisted of governments and NGOs who hold divergent views on the ivory trade. The governments in the working group3 included, but are not limited, to the United States, the African Elephant Coalition, Japan, Brazil, China, South Africa, Namibia and the European Union. After several meetings, the group reached a consensus on compromised text which can be found at: https://cites.org/sites/default/files/eng/cop/17/Com_II/E-CoP17-Com-II-06.pdf

Key elements of the compromise text:

On September 30, Japan’s Minister of Environment Yamamoto held a press conference in which he stated that the Japanese market does not comprise poached ivory. HSI’s Iris Ho said, “Evidence has pointed to laundering of ivory of illegal and unknown origins in Japan’s domestic market. There also have been instances of ivory smuggling from Japan to China. No ivory market exists in a vacuum. As a top investor in Africa, it is in Japan’s national and strategic interest to heed the African elephant range states’ plea to close ivory markets worldwide. We are disappointed by the Japanese government’s continued refusal to be part of the solution to protect an iconic species that is synonymous to Africa’s natural heritage.”