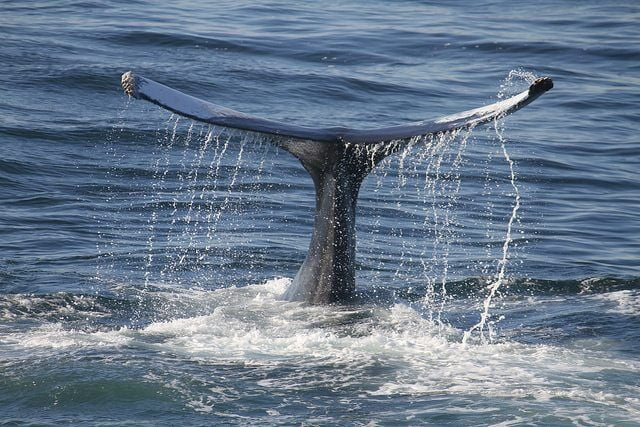 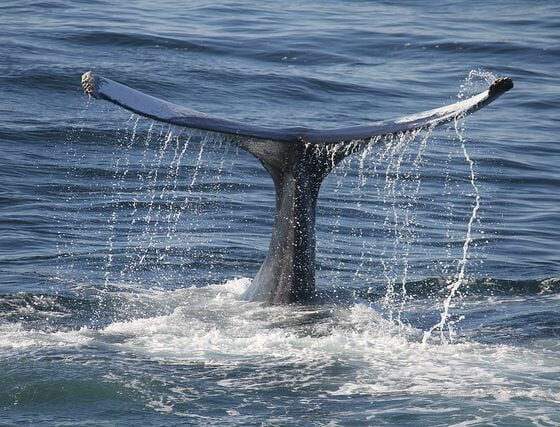 The IWC’s shift from ‘whalers’ club’ to whale welfare has been well received by various animal organisations.

Whale welfare is firmly on the agenda as the International Whaling Commission in Slovenia today endorsed plans to assess and address human-induced suffering of cetaceans. The move has been warmly welcomed by animal protection groups including Humane Society International, and fourteen organisations co-signed a statement read to delegates at the meeting in Slovenia. The work endorsed by the IWC today marks the first time an intergovernmental body has recognised a responsibility to take action to protect the welfare of individual animals harmed accidentally in their habitats, in addition to conserving whole species.

Claire Bass, UK Director of Humane Society International, who addressed the IWC on behalf of the groups, said:

“This is an important milestone in the shift of the IWC from its early days as ‘a whalers’ club’ managing the commercial exploitation of cetaceans to prevent species extinction, to a thought leader on work to mitigate serious animal welfare problems. Some of these welfare issues are very serious indeed – cetaceans caught in fishing gear can suffer for hours, days or even a slow death over months, while animals struck by ships or affected by underwater noise can suffer agonising injuries. It’s hugely encouraging to see the IWC pivot more towards compassionate conservation on this its 70th anniversary.”

It’s hugely encouraging to see the IWC pivot more towards compassionate conservation on this its 70th anniversary.

At its 65th IWC meeting in 2014, the Commission adopted by consensus a revised and updated Animal Welfare Action Plan. This plan formally broadened the scope of the IWC’s welfare considerations to encompass incidental threats to cetacean welfare, including entanglements in fishing gear, ship strikes, whale watching, pollution and other environmental concerns. In addition, the Commission agreed a new workstream on strandings response including the appointment of an IWC global strandings network coordinator.

The IWC’s intersessional welfare working group, led by the UK, held a workshop in May 2016 to develop a welfare assessment tool which would provide the IWC with a scientific, modern and holistic approach to understanding and measuring animal welfare. Once completed, it will allow the Commission to assess the welfare impacts of various human activities in the whales’ environment, with a view to recommending mitigation measures.

The IWC also discussed the welfare of hunted whales. HSI expresses concern that whales are subjected to enormous suffering and further observes that Japan, Norway and Iceland do not share data on times to death with the IWC.

“The whaling nations would like the cruelty of whaling to be ‘out of sight, out of mind’ so it’s perhaps not surprising that many of them choose not to share their grim death statistics with the IWC. Commercial whaling is a brutal anachronism – the use of exploding missiles on fully conscious animals simply cannot not be sanctioned by the international community as an acceptable means of acquiring meat for commercial sale and consumption.”

“Thank you Mr Chair. My name is Claire Bass and I am the UK Director of Humane Society International. I speak today on behalf of fourteen observer organisations and will provide the list to the rapporteurs.

We wish to congratulate the United Kingdom, and all members of the intersessional welfare working group, for the progress made since the IWC’s Welfare Action Plan was agreed in 2014. This is an ambitious programme of work and we believe it to be the first time that an intergovernmental body has committed to systematically assess and articulate welfare problems caused incidentally by human activities in wild animals’ habitats. The Cetacean Welfare Assessment Tool under development provides a holistic approach, taking into account cetaceans’ behavioural and social needs in addition to their physical well-being. This enhanced understanding will enable the IWC to create effective mitigation responses to human-induced threats, protecting individual animals as well as their populations and species. I am pleased to announce that several NGOs wish to make financial contributions of at least $3,000 towards the delivery of workstreams 1 and 2 in IWC’s Animal Welfare Action Plan, including the strandings and disentanglement response programmes.

I would also like to take this opportunity to express the long-held position of many NGOs, representing many millions of people around the world, that the use of exploding missiles on fully conscious animals should not be sanctioned by the international community as an acceptable means of acquiring meat for commercial sale and consumption. Despite the best efforts of Norway and some other countries to improve killing methods, there will always remain large margins for error which result in extreme, prolonged and unacceptable animal suffering.

In this the 30th anniversary of the whaling moratorium we celebrate that many tens or perhaps hundreds of thousands of whales have been spared this suffering. We urge Parties to recognise the ongoing value of the moratorium not just in saving species, but in protecting individual animals from harm.

In the two year intersessional period ahead, the welfare working group will further develop an innovative Cetacean Welfare Assessment Tool, as well as develop and build action plans to provide rescue responses to both stranded and entangled whales.