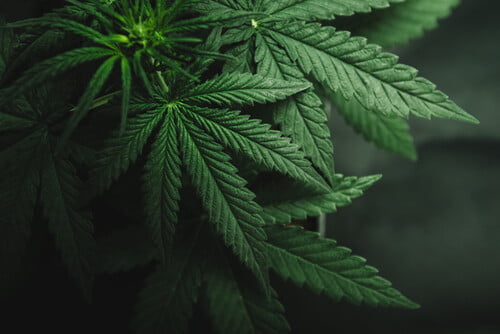 Environmental activists are working closely with marijuana activists who want to legalize popular marijuana products. They believe that green leaving and cannabis legalization are closely intertwined. This is because cannabis is natural and better for the environment than pharmaceuticals and other drugs.

Unfortunately, they faced a little bit of a setback in Canada. The Canadian government isn’t legalizing a couple popular products. What does this mean long-term?

Canada Won’t Legalize Popular Products – What Does this Mean for Environmentalists?

Canada became the first G7 country to legalize marijuana sales nationwide on October 17. Marijuana will be available for purchase either in retail stores or online weed stores depending on the province. In the wake of Canada’s marijuana legalization, there is a lot of buzz floating around about edibles and cannabis-infused beverages. Alcohol giants like Heineken, Molson Coors, and Constellation Brands are dipping their toes in marijuana products and signing deals with Canadian marijuana producers. The global financial community is eagerly watching.

This is clearly a setback, but most environmentalists feel that it won’t be the end of the world. The good news is that there are still plenty of other marijuana products on the market.

About Legalization of Recreational Marijuana

After months of debate between Canada’s House of Commons and its Senate, and following years of unfulfilled promises from Justin Trudeau, Justin Trudeau has finally succeeded in making pot legal in Canada.

On June 19, after the passage of the Cannabis Act, Trudeau set October 17, 2018, as the official in-dispensary launch of recreational marijuana. The four-month delay was purposed to give provinces sufficient time to secure their regulatory infrastructure and allow cannabis supply chains and growers to get their products into retail locations.

The legalization of recreational marijuana is expected to generate a substantial amount of revenue for the industry and for enthusiastic investors, too. Already generating a couple hundred million dollars each year via exports to foreign countries where medical marijuana is legal and from domestic marijuana sales, Canada’s marijuana industry is estimated to add up to $5 billion in yearly sales once it is up to scale.

Not Legalized on 17 October

Considering how determined Canada’s lawmakers have been with marijuana, it is almost unbelievable that two very popular marijuana products will not be legal when the famous green flag waves on October 17. While cannabis oils and dried cannabis have been cleared for sale and consumption, tourists, as well as Canadians looking for cannabis-infused beverages and cannabis-infused beverages, are going to be disappointed.

Because of simplicity, and the fact that lawmakers in parliament missed Trudeau’s July 1 deadline to legalize bill C-45, alternatively known as the Cannabis Act, addressed products that were not considered in the bill with an amendment. Fundamentally, this amendment requires the House of Commons and the Senate to address the Cannabis Act in the future for products like infused-beverages and edibles, which were not included in the original bill.

Decision on Edibles Will Happen

However, the reality that it could take a month, a year, or maybe even longer before Parliament addresses marijuana-infused products has not stopped the alcohol industry from engaging in huge cannabis deals. A while back, heads were turned when Corona and Modelo beer-maker Constellation Brands (NYSE: STZ) made a $3.8 billion equity investment in Canopy Growth Corp (NYSE: CGC), the most prominent marijuana stock by market cap.

This was not the first foray Constellation made with Canopy growth. In late October 2017, Constellation acquired a 9.9% equity stake for about $190 million. In June, Constellation gobbled up a third of Canopy’s 600 million Canadian dollars (a bit over $450 million) convertible note offering. Convertible notes are beneficial in that; they give the holder the option of transforming their debt into shares of common stock.

Constellation gave itself the chance to build its equity stake in Canopy Growth further by purchasing these convertible notes. Additionally, as part of its newest investment, Constellation received 139.7 million warrants, which means it could increase its stake to more than 50% if the warrants are exercised.

Constellation and Canopy Growth Corp should collaborate on a number of projects, one of which will likely be cannabis-infused legal beverages. Canopy Growth Corp well understands the whys and wherefores or marijuana production, while Constellation can bring its distribution and marketing expertise to the table to further expand the reach of Canopy’s products.

In conclusion, environmental activists are disappointed that the marijuana market has been curtailed in Canada. However, there is still a large number of cannabis products on the market. The market should still be strong and reduce dependence on less sustainable alternatives, such as pharmaceuticals.