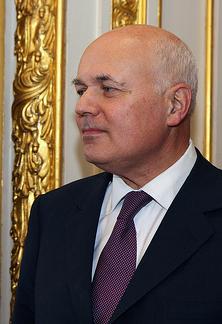 The government are to unveil plans this week to tackle child poverty levels, after coming under intense criticism by church leaders over welfare reforms and local governments over the scrapping of an emergency hardship fund.

The plans were leaked to the Observer over the weekend and are expected to be announced this week by the work and pensions secretary Iain Duncan Smith. Measures are said to include reducing energy bills, water rates and food costs, including extensions of free school meals.

But the plans are expected to be overshadowed by a brewing row over welfare reforms and cuts to council budgets after leaders spoke out in recent weeks, describing decisions by the government on reforms as a “disgrace”.

Vincent Nichols, who was made a cardinal by Pope Francis last week made the comments, saying that some government policies, including the bedroom tax, are removing the safety net provided by the welfare system.

Other church leaders, including 27 leading bishops from across the UK, wrote an open letter to David Cameron calling on him to ensure a “robust last line of defence against hunger” amid a surge in families having to turn to food banks.

The Local Government Authority (LGA) has also hit out at government policies this week after a decision was made by the chancellor George Osborne to scrap a fund that allows local councils to help out families struggling to make ends meet.

The fund, worth £347m, is said to be used by some councils to support the most vulnerable within communities, including supporting the transition of offenders back into the community on their release from prison.

The LGA said the decision was “disappointing” and is calling on the government to rethink its decision to pull the plug on the scheme.

Chairman of the LGA Sir Merrick Cockell said, “This fund has been used by councils to provide crucial support to people facing personal crises in their lives, from help paying the rent to putting food on the table”.

“By helping people at an early stage and targeting support at where it is needed most, we have been able to give essential support in people’s time of need and prevent short-term problems escalating”.

He added, “Local authorities are working hard to support the most vulnerable in society while managing the biggest cuts in living memory to funding for services. For some councils, providing crisis payments to those in need from local service budgets is likely to be a stretch too far”.