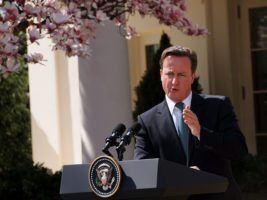 The Electoral Reform Society has expressed their disappointment at the appointment of 16 Peers courtesy of David Cameron’s resignation honours list, making the second chamber more expansive and costly than ever.

“For a Prime Minister who promised to cut the cost of politics, David Cameron is leaving a big bill for the taxpayer as he leaves office.

His parting gift of 16 Lords is a sorry legacy, both in terms of cost to the taxpayer and the quality of our democracy.

“Mr Cameron’s Lords legacy could have been about real, democratic reform. Instead, he has unfortunately chosen to follow the well-trodden route of every other PM and packed the second chamber with former politicians, donors and party hacks. These unelected peers will cost the taxpayer millions over the long term – hardly a fitting goodbye.

“In Mr Cameron’s time in office he appointed Peers at a faster rate than any Prime Minister in Britain’s history – with 190 new unelected peers in the space of just six years. He says he regrets not achieving House of Lords reform, but actions speak louder than words. Calling time by waiving his right to introduce swathe of new peers could have set down a marker for the new government to take the House of Lords in hand and get to work on reforming our bloated and out-of-date upper house.

“However, we now have a new government with a potentially new agenda – let’s get to work on fixing this unaccountable and expensive anomaly once and for all. The House of Lords is in urgent need of reform – it’s archaic, unrepresentative and oversized. It should be a priority for the new government to sort out this mess once and for all. The public want to ‘take back control’ – a good way to start would be to let them choose who votes on their laws.”