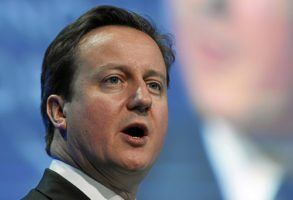 The 189 appointments to the House of Lords, as chosen by David Cameron, have already cost the taxpayer more than £13m since he became Prime Minister – before the 16 new appointments have even claimed expenses.

According to new research by the Electoral Reform Society, the total cost of Cameron’s appointments to the upper chamber comes in at a staggering £13.03m in expenses and allowances [1] – working out at £27,768 per peer, per year.

Based on the average amount claimed in expenses and allowances by Cameron’s appointees since he became PM, David Cameron’s ‘resignation list’ of 16 peers will cost the taxpayer £444,288 per year, for many years to come.

The figures for each party are as follows:

Will Brett, Head of Campaigns at the Electoral Reform Society, said:

We know now the true financial cost of Cameron’s appointments to the House of Lords, which comes in at a whopping £13m since he became Prime Minister.

“David Cameron has left the taxpayer with a huge bill for many years to come. For a Prime Minister concerned with cutting the cost of politics, it’s a sorry legacy.

“Of course, while we can predict the financial cost of these latest appointments, the huge democratic cost of enlarging an already bloated chamber is harder to measure.

“In a modern democracy, the only fair way to appoint lawmakers is to elect them. We now have a new government with a fresh perspective – let’s get to work on addressing the national embarrassment that is the House of Lords. Let’s grasp the nettle once and for all and introduce an elected upper house.

“Just 10% of the public think that the House of Lords should remain an entirely unelected chamber [3]. It’s time to do what the people want. It’s time to clean house.”