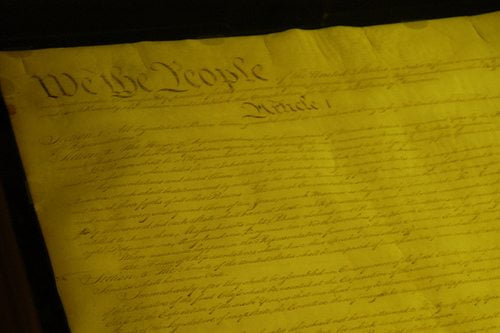 Today marks the Magna Carta’s 800th anniversary.  The historic document established the foundations of our democracy and human rights. It also recognises that the monarch is not above the law.

To mark the anniversary the Queen today returned to Runnymede, where King John sealed the important document in 1215. Today, there are just four copies of the original Magna Carta remaining, two are held at the British Library, while Lincoln Cathedral and Salisbury Cathedral are home to the others.

The Great Charter, as it translates to from Latin, includes components calling for the “better ordering of our kingdom”. There were over 60 original principles, although many have since lost their significance, ranging from protection from illegal imprisonment and the promise of swift justice to land ownership and limiting payments to the crown. Three of its 63 clauses remain on Britain’s statute book.

Since the original Magna Carta there have been a series of modern ‘versions’ from the US Constitution to the UN Declaration of Human Right, as well as various conventions on climate change and sustainability – Magna Carta for the Earth.

Over the last few months Blue & Green Tomorrow has been taking a look at the modern Magna Carta’s:

– The European Convention on Human Rights