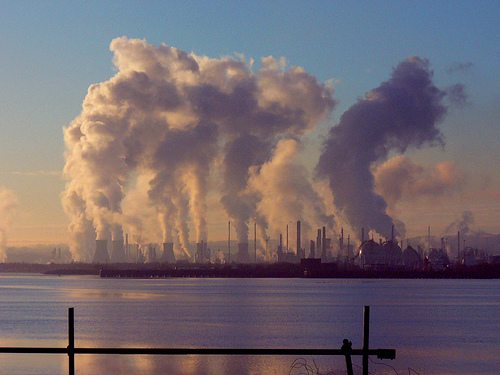 Nasa has launched the Orbiting Carbon Observatory-2 (OCO-2) satellite to measure where carbon dioxide (CO2) comes from and where it goes. It is hoped the new tool will help scientists collect important data to mitigate the effects of climate change.

Launched from Vandenberg Air Force Base in California, the satellite will allow experts to assess how much CO2 stays in the air and how much is absorbed by oceans and forests, providing a global picture of the whole carbon cycle over a two-year period.

Gregg Marland, a professor in the Geology Department of Appalachian State University, explained, “Now that humans are acknowledging the environmental effects of our dependence on fossil fuels and other carbon dioxide-emitting activities, our goal is to analyse the sources and sinks of this carbon dioxide and to find better ways to manage it.

“If you visualise a column of air that stretches from Earth’s surface to the top of the atmosphere, the Orbiting Carbon Observatory-2 will identify how much of that vertical column is carbon dioxide, with an understanding that most is emitted at the surface.”

The $468m (£263m) project is the second of its kind, with another CO2-measuring Japanese satellite in orbit at the moment. However, Nasa’s satellite will be able to record more than 20 observations per second, while the Japanese one records every four seconds.

Marland added, “Simply, it will act like a plane observing the smoke from forest fires down below, with the task of assessing where the fires are and how big they are. Compare that aerial capability with sending a lot of people into the forest looking for fires.

“The observatory will use its vantage point from space to capture a picture of where the sources and sinks of carbon dioxide are, rather than our cobbling data together from multiple sources with less frequency, reliability and detail.”

Nasa hopes that the satellite will help scientists outlining measures for mitigating or adapting to climate change.