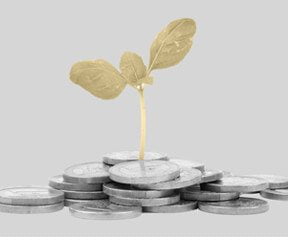 In 2015 the UK online alternative finance sector grew 84%, facilitating £3.2 billion in investments, loans and donations, according to a joint report published today by the Cambridge Centre for Alternative Finance at the University of Cambridge and UK innovation foundation Nesta, in partnership with KPMG and with the support of CME Group Foundation.

This is a significant increase in volume, but growth of the online alternative finance market is slowing down, with the annual growth in 2014/2015 being nearly half the 161% growth from 2013/14. “Although the absolute year-on-year growth rate is slowing down,” the report said, “the alternative finance industry still recorded substantive expansion across almost all models.”

The report also highlights the rapid expansion of donations-based crowdfunding, the perceived risk of fraud and malpractice by the industry, and increasing institutionalisation – as around a quarter of P2P (peer-to-peer) loans are now funded by institutional investors, including traditional banks and government through organisations such as the British Business Bank.

Pushing Boundaries – 2015 UK Alternative Finance is the latest in an annual series of reports from the University of Cambridge Judge Business and Nesta, which track the size and development of online alternative finance, such as P2P lending and crowdfunding, in the UK.

Key findings of Pushing Boundaries, a survey of 94 crowdfunding and P2P lending platforms, include:

Increased share of the market for business finance: in 2015 it is estimated that online alternative finance platforms provided the equivalent of over 3% of all lending to SMEs (small and medium-sized enterprises) in the UK. For small businesses – those with a turnover of less than £1 million a year – P2P platforms provided an amount lending equivalent of 13% of all new bank loans.

The industry is generally satisfied with current regulation: when asked what they thought of existing regulation, more than 90% of P2P lending and equity-based crowdfunding platforms stated that they thought the current level was appropriate.

Warren Mead, Global co-lead of Fintech at KPMG, said:“After years of pushing boundaries, 2016 will be the year where ‘alternative’ financial options finally join the ranks of the mainstream. From the recognition of regulators, to industry pioneers being bestowed with New Year’s Honours: it’s clear the market has come of age as an integral part of the lending landscape.”

“But while this evolution gives the industry the platform to grow, it also brings its own set of challenges. Being part of the financial establishment doesn’t sit well with its original social purpose. Incumbents are also playing catch up with their own digital investment, and are closing in on the disrupters’ lead. Meanwhile, platform failures within these growing networks are inevitable. So the question is, will the hard won enthusiasm for these platforms start to wane?”

Robert Wardrop, Executive Director of Cambridge Centre for Alternative Finance said: “The substantive growth of alternative finance in the UK last year is not surprising, given that these new channels of finance are increasingly moving mainstream. One of the key drivers underpinning this development is the growing institutionalisation of the sector. The Cambridge Centre for Alternative Finance is proud to shed light on this fascinating and dynamic industry, to help inform policymakers, regulators and the general public about how these areas of finance are increasingly becoming part of our everyday economic life.”

Stian Westlake, Nesta’s Executive Director of Policy & Research said: “2015 has seen another year of remarkable growth for Alternative Finance in the UK. Little more than a collection of plucky startups just six years ago, the sector now does £3.2 billion of business a year.  As the sector grows and matures it is sure to face challenges – investors will be keen to see returns, and another financial crisis would certainly test the robustness of P2P lending. But, as Nesta’s continuing research into the industry has found, the ability of platforms to harness the power of the crowd to connect savers, borrowers and businesses has been powerful. We look forward to seeing how the sector advances and changes again in the year ahead.”

Jim Oliff, Chairman of CME Group Foundation, said : “Today’s research offers a detailed snapshot of how the emerging alternative finance sector in the U.K is driving growth and creating opportunities for business and individuals alike. The Foundation has a long track record of supporting cutting edge research initiatives relevant to the financial industry which uncover and promote future trends to help move the sector forward.”

The report was led by Bryan Zhang, a Director of Cambridge Centre for Alternative Finance, and Peter Baeck, Principal Researcher at Nesta. It has been supported in part by funding from audit, tax and advisory service KPMG and CME Group Foundation, the foundation affiliated with CME Group, the world’s leading and most diverse derivatives marketplace.