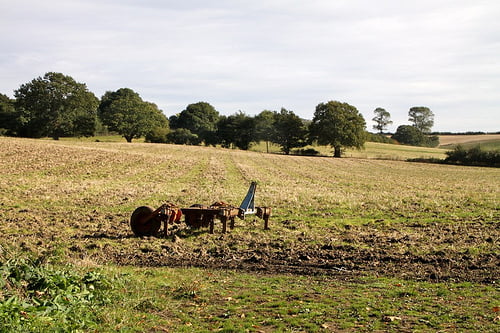 The agriculture minister, Jim Paice, said that genetically modified (GM) food crops could help with food production and meet the demands of a growing population.

The agriculture minister, Jim Paice, said that genetically modified (GM) food crops could help with food production and meet the demands of a growing population.

Speaking at the annual Oxford Farming Conference Paice said that “GM is not the answer to everything, but in the foreseeable future we’ll have nitrogen-fixing wheat – if that isn’t going to be a major development I don’t know what is.


“It’s going to be a challenge for the industry and consumers as to whether they are prepared to welcome that for the major environmental gains against the concerns people have against GM.”

Labour’s Mary Creagh told the conference that the benefits of GM need to be explained better by scientists. She told the Guardian that it must not be ignored and we need to “keep an open mind on this“.

GM crops have proved to be controversial as some critics say they raise health and safety and economic problems.

The Soil Association, a charity that campaigns for planet friendly food and farming, is against the use of GM ingredients in human and animal food and the commercial planting of GM crops in the UK.

Isobel Tomlinson, the Soil Association’s policy and campaigns officer, wrote that the “current model of GM production and sale is just not appropriate for poor farmers in countries where people continue to suffer from hunger“.

However, are genetically modified crops an ethical financial option?

As part of The Co-operative’s ethical policy they will not finance any business that takes part in the development of genetically modified organisms.

The policy says that they will not support businesses where there is evidence of uncontrolled release into the environment, negative impacts on developing countries. Likewise, the bank Triodos has concerns about the impact of GM crops and rejects the use of all GM products in food because there is a lack of information about what the consequences are of using them on human health and the environment.

If you want to find out if you are investing in genetically modified crops, or be able to discuss the subject further, contact your financial adviser. If you don’t have one then use our online form and we’ll put you in touch with a specialist financial adviser.