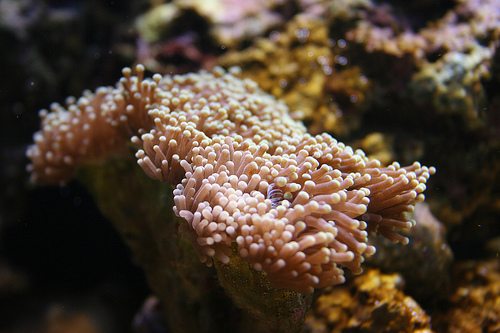 Scientists in chance discovery of first coral reef in Greenland

A living cold-water coral reef has been discovered by chance off the coast of Cape Desolation in south-west Greenland.

The findings have been published in the International Council for the Exploration of the Sea’s journal, ICES Insight. There have been previous claims of cold-water coral in the area but all samples turned out to represent dead fragments of other corals. That is, however, until Canadian researchers happened upon the reef when collecting water samples.

Scientists and environmentalists now want the reef and the nearby area to be placed under some kind of regulatory measure as soon as possible, because of its value to Greenlandic nature diversity and scientific importance.

Helle Jørgensbye, a doctoral student at the Technical University of Denmark, who has been investigating the reef, said, “It’s been known for many years that coral reefs have existed in Norway and Iceland and there is a lot of research on the Norwegian reefs, but not a great deal is known about Greenland.

“In Norway, the reefs grow up to 30 metres high and several kilometres long. The great Norwegian reefs are over 8,000 years old, which means they probably started to grow after the ice disappeared after the last ice age. The Greenlandic reef is probably smaller, and we still don’t know how old it is.”

Normally, coral reefs are associated with the tropics, and whilst this variety needs light to survive cold-water reefs can live in total darkness.

A dedicated survey of marine ecosystems is set tot show extent of coral reef loss in the Caribbean – fuelled by pollution, human activity and climate variations. The World Resources Institute reported that up to 80% of coral coverage in the Caribbean has been lost over the last 50 years.

Meanwhile, separate research suggested that deforestation had an impact on coral reefs because of the sediment that is washed down to the coast.