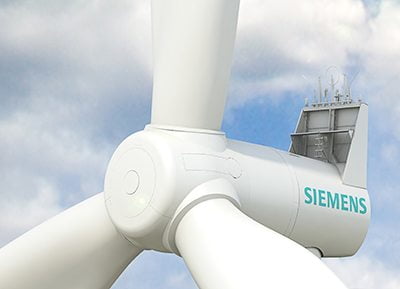 Siemens has announced that Juergen Maier is to be appointed as its new chief executive in the UK from July 1, taking over from Roland Aurich.

After working at the company for more than 28 years, Aurich will be stepping down from his role and retiring from Siemens. He commented he was pleased that the firm had “consolidated our reputation as a valued contributor to the UK economy”.

He said, “The UK is a core market for Siemens, and we must continue to work in partnership with businesses and government to make the most of the economic recovery. I look forward to shaping our business to meet new domestic and global economic challenges.”

Prof Siegfried Russrum, board member at Siemens AG, commented that under Maier he is sure that the firm will continue to build on recent investments. In March, Siemens announced a £160m investment in an offshore wind turbine manufacturing plant in Hull.

The firm has made a number of investments and purchases in the UK renewable sector, including buying Rolls-Royce’s energy gas turbine and compressor business for £785m.  In May, it was also said that Siemens was considering launching a bid for French-based Alstom’s power business.

The soon-to-be-former UK CEO of Siemens Aurich spoke to Blue & Green Tomorrow earlier this year about sustainability and renewable energy. He said that innovations and technology has always been at the core of what the company does but that in the last decade it has become increasingly cautious about the bigger picture, including its impact on society and the environment.

Aurich also described the UK has one of the most “stable regimes” when it comes to ensuring the firm meet its decarbonisation targets whilst having the capacity to avoid blackouts.

He added, “It is an almost impossible equation, but I think the UK has come a long way to establish that framework. There is a bit of envy from other countries like Germany and others, which are probably watching pretty closely at what the UK has been doing.”