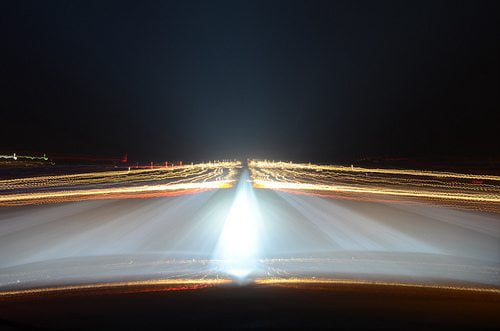 Conservative MP Zac Goldsmith has criticised George Osborne’s efforts to push ahead with plans to build a third runway at Heathrow airport, saying that a review would be used for “political convenience”.

Goldsmith, who is MP for Richmond Park and North Kingston, took to Twitter to critique the review process, which he said lacked independence.

“Osborne has spent public money on a review whose only purpose is to make a 3rd runway decision look like it was reached independently #Brave”, he wrote on the social network.

His comments sparked a range of angry responses, with some claiming that the government was attempting to go against its word, given the Conservatives had initially opposed the Heathrow expansion in principle. Goldsmith urged followers to “keep [David Cameron] to his word”.

The Davies commission, which is exploring the possibilities into an extra runway at London’s biggest airport, is expected to release a report on December 17 giving different options. The London Evening Standard said a source close to George Osborne had revealed that the chancellor thinks the report should include a fourth option, which recommends the expansion of Stansted or a new site on the Thames estuary, in order to make it appear more balanced.

London mayor Boris Johnson warned of “open warfare” if the report pushed ahead for a third runway at Heathrow.

He said, “I cannot conceivably believe that Howard Davies would inflict the misery of a third runway at Heathrow, let alone a fourth, on a million people or more in west London. I’ve engaged in this process in good faith.”

He added, “Howard Davies surely understands that a 24-hour hub airport to the east of London, preferably the site at Grain, represents the best chance for this country to compete with our continental rivals. To miss that point, to fail to consider that option, would be a catastrophic mistake and one that must not happen.”