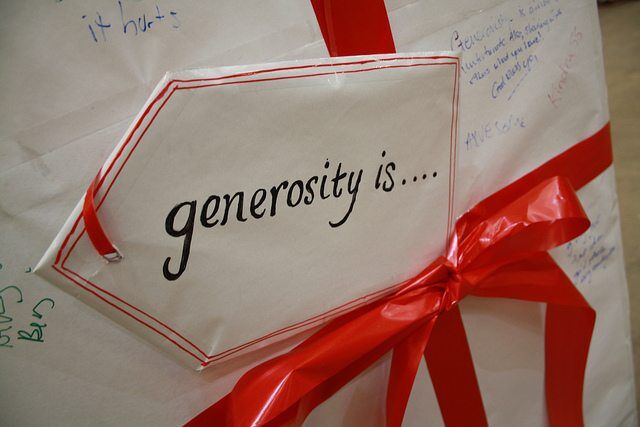 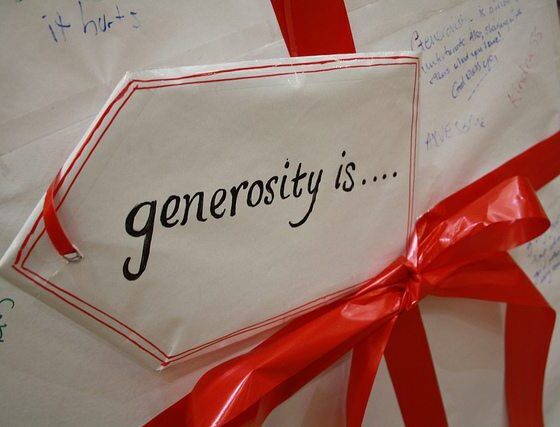 According The Index of World Generosity, the UK Is Most Generous In Europe

Published today, the CAF World Giving Index – the leading measure of global generosity – indicated that Britain is the most generous country in Europe.

Overall, Britain is ranked number 8 in the annual global index, one place above Ireland, but two places lower than last year.

The survey shows that one in three (33%) of people in Britain said they volunteered in the past month, up from 26% five years ago, with the biggest increase among 30-49 year olds.

The CAF World Giving Index is produced by the Charities Aid Foundation, based on findings from the annual Gallup World Poll.

More people than ever before are helping others in countries across the globe, this year’s report shows.

For the first time since the index began, more than half of people in 140 countries said they helped a stranger, and record numbers of people volunteered their time. The numbers of people worldwide giving money was very slightly up.

The index is published one month before #GivingTuesday – 29 November– the global day of giving when people are asked to give their time, money or voice to a good cause.

The CAF World Giving Index, the leading comparative study of global generosity, records the number of people who helped a stranger in the past month, volunteered their time or gave money to a good cause. This year 148,000 people in 140 countries were surveyed as part of the Gallup World Poll.

• Africa is the continent which has seen the biggest increase in generosity in the past year.

• Disasters and adversity continue to inspire acts of generosity. This year’s index shows high levels of generosity in Iraq and Libya in terms of helping a stranger despite bloody conflicts, and Nepal, which achieves its highest index ranking following the devastating earthquakes of 2015.

• Only five of the G20 appear in the top 20 of the World Giving Index.

The index, now in its seventh year, shows high levels of generosity in countries experiencing civil war, conflict and unrest, showing how the human urge to help others comes through even in some of the most troubled nations on Earth.

In many countries, men are significantly more likely than women to engage in volunteering or helping a stranger. However, at the global level, there is little difference between men and women when it comes to donating money.

John Low, Chief Executive of the Charities Aid Foundation, an international charity which helps people and companies give worldwide, said:

“The generosity of people, even in countries suffering from disaster and turmoil, is truly humbling. It’s amazing that more than half the people in the world said they helped a stranger.

“In every country, people have this in-built desire to give and help others. Governments should encourage that spirt of generosity and create the environment in which a strong civil society can flourish allowing people to reach out to those less fortunate than themselves.

“Unconditional gifts of time and money are a life changing force for good in the world. As people become more prosperous and economies grow stronger we have an opportunity to build an ever stronger culture of giving right across the world.”