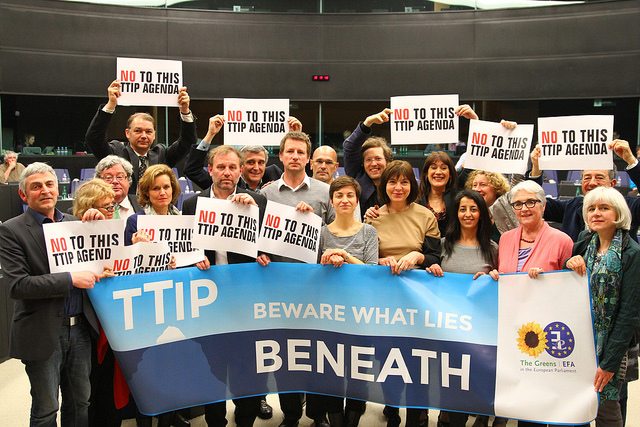 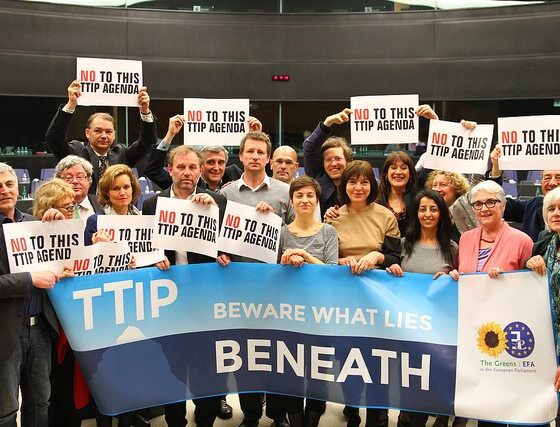 Campaign group 38 Degrees has this week called for a new campaign to raise public awareness regarding the trade deal currently being discussed between the US and EU – known as the Transatlantic Trade and Investment Partnership (TTIP).

In an email sent to its members, the group outlined a plan to fund a nationwide ad campaign to bring the secretive trade deal into the open.

The deal is expected to relax current quality and health and safety restrictions in an attempt to broaden trade between the EU and US.

38 Degrees has decided to prioritise the part of the deal where businesses can sue governments over laws that could reduce their profits. This is currently happening in Australia, where the tobacco industry is suing over the banning of cigarette marketing.

The email states, “TTIP would put the profits of big business ahead of everything else. It would weaken the rules which protect consumers, our environment, our welfare and health services, to much weaker levels seen in the US.

“And it would stop future governments from rolling back privatisation of our public services, such as the NHS, energy companies, or the Royal Mail.”

The trade deal was recently labelled “an attack on democracy” by over 100 campaign groups from across Europe in a universally signed petition calling for a halt to the talks.

John Hilary, director of the charity War on Want, said, “If this trade agreement is allowed to go through, it will be the biggest transfer of power to capital that we have seen in a generation.”

Disturbing reports have also highlighted the problem with consuming US meat, which is not controlled by the same strict regulations that are used in the EU. In particular, the overuse of antibiotics in meat and the consequential health risks have prompted more campaign groups to react negatively to the proposed deal.

The expected benefits of the trade deal are under scrutiny with some warning that estimates are “vastly overblown”. The World Development Movement (WDM) also cited research supporting the deal as “deeply flawed”.

EU US trade deal labelled an ‘attack on democracy’