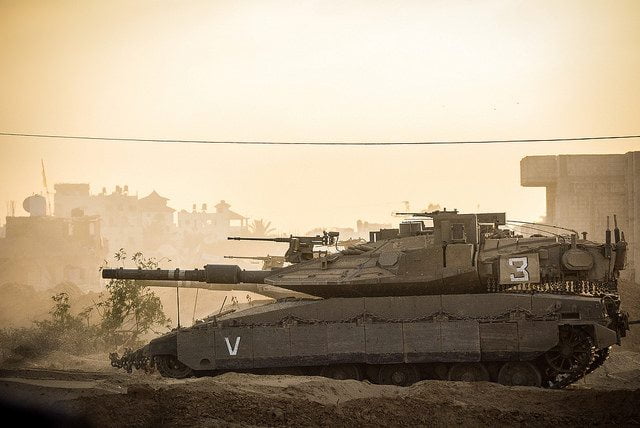 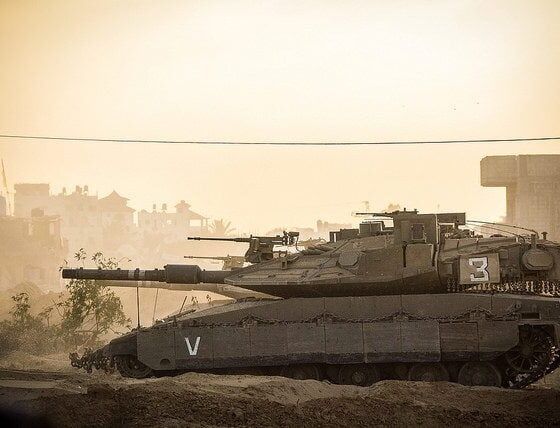 In light of the recent aggressive military campaign by Israel into Palestine, Downing Street is reviewing £8 billion arms contracts to Israel to ensure compliance with international regulations.

As announced on Monday, the government will investigate exports by British companies, whose licences were approved by the government, to ensure that British-made equipment has not been used for internal oppression or the provocation of future conflict.

The majority of the £8 billion contracts are made up of cryptographic software and military communications equipment.

However, campaign group Campaign Against the Arms Trade (CAAT), has released information that suggests £42 million of arms export licences granted to 130 British companies include equipment used for Israel’s Hermes drone fleet as well as parts of its main battle tank.

Andrew Smith, a spokesperson for CAAT, said, “For far too long the UK foreign policy has been one of arms control by embarrassment. Why should it take a humanitarian crisis before the government stops promoting and supporting arms sales to tyrants?”

A government spokesperson said earlier this week, “We are currently reviewing all export licences to Israel to confirm that we think they are appropriate.”

The investigation has been launched as prime minister David Cameron takes a firmer line against Israeli foreign policy, which has resulted in the deaths of more than 1,600 people in Gaza, most of them civilians.

The prime minister’s words come as Israel pulls back the majority of its ground troops, as part of a 72-hour ceasefire between Hamas and the Israeli Defence Force.

The UK government, however, continue to maintain a sympathetic stance towards Israel, claiming that Benjamin Netanyahu’s government has the right to defend itself from Hamas rocket fire.

This stance has led to the recent resignation of one of Cameron’s closest supporters and cabinet members Baroness Warsi, who believes the UK’s position on the conflict is immoral.

Her decision to resign follows Israel’s destruction of civilian infrastructure, including schools and hospitals. Cameron has now embraced the UN position on this matter, calling it a “moral outrage.”

A spokesman for the Department for Business, Innovation and Skills, said, “We are currently reviewing all existing export licences to Israel. All applications for export licences are assessed on a case-by-case basis against strict criteria.”