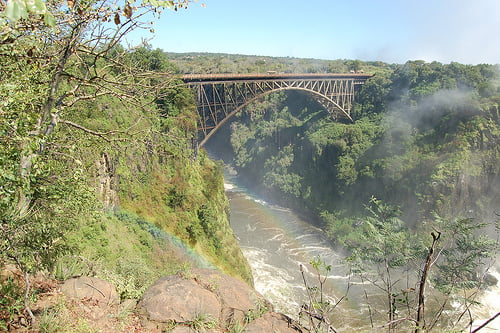 Zambia vice-president Guy Scott has called for long-term sustainable investments in Africa, in order to help the continent capitalise on its unique and flourishing natural resources.

According to the Zambia Daily Mail, Scott spoke out during the CII-Exim Bank Conclave on India-Africa Project Partnership meeting in New Delhi, which aims to strengthen business relations between the two continents.

More than 30 African countries took part at the summit.

Scott said that fixed short- term measures make it difficult for Zambia, and indeed for Africa, to exploit its natural resources and, consequently, there are few long-term sustainable benefits.

He said that Africa could learn a lot from India’s policies and that the partnership might be a good opportunity to shape the African economy in a sustainable way.

Statistics released in 2006 by the UN said that 59% of Zambians live below the national poverty line, and the economy of the country has traditionally strongly relied on the copper mining industry.

According to the Zambia Daily Mail, India’s minister of commerce, industry and textiles Anand Sharma, said that India and Africa should “learn from each other”. He then welcomed a partnership between the two.

The participants agreed that both countries have to put efforts in place in terms of learning how to manage their natural resources sustainably.

Charity SolarAid recently revealed sales of its portable solar devices had increased dramatically in Africa, as it attempts to reduce the continent’s dependence on kerosene and provide electricity to areas like the rural sub-Saharan region.