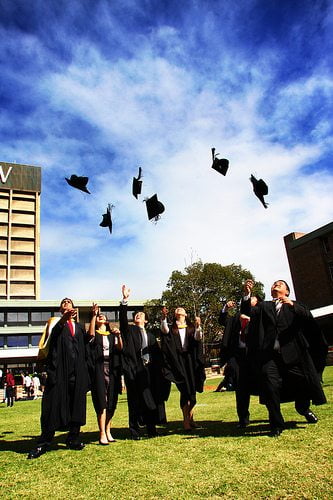 Are banks encouraging students to get in debt?

One thing is almost guaranteed upon graduation from university, and that’s that students will leave with an often hefty debt to pay off. Though the bank of Mum and Dad may help out with repayments, Hope Nelson, a financial planning trainee at Gaeia, writes how some high street names are not overly kind to new graduates.

Halifax has revealed its student account for the new 2013/14 academic year, offering an overdraft of up to £3,000 on a deal it said was “designed by students for students”.

This has undoubtedly been met with cries of thanks from prospective and current undergrads who were previously offered a measly £1,000, with which they had to spread over the next three or four years.

But are banks encouraging students to indulge in a culture of debt?

As being a student becomes an ever more costly business, with rents high, tuition fees higher and everything you need- the nice clothes, the bedroom accessories, the nights out, the £100 text books – the cost of living (fashionably) is highest. Gone are the days when being a student meant shabby chic; instead, the young adults you see around big university cities are some of the most expensively dressed. And for a short while, they think they can afford to be. Regular payments from the bank of Mum and Dad, the student loan company and the extensive overdraft keep us from ever thinking about planning our finances.

Being a very recent graduate (class of 2012), I know what it is like to feel the false sense of security that comes with the regular instalments of the student loan, and the pressure to make the most of your never-seen-again free time and holidays. Festivals, trips to Thailand, black tie balls; they all happened while I was still in higher education.

“Halifax has listened to what students say they want and found their single greatest need is for a flexible overdraft facility.”

I think there is some confusion between want and need here. Yes, almost all of us like the idea of extra ‘free money’ but in reality we probably don’t need it – if we budget accordingly. Now being in full-time work, I spend what I earn and cannot imagine living on any less, like I did when I was a student. And so the principle of the overdraft is similar.

Most students will spend it, regardless of whether they need the money for urgent reasons. Most of us at university talked about our overdrawn bank balances as if we were in the plus. “I’ve got £400” actually meant “I’ve got £400 left of my overdraft limit”.

All of my closest friends ended university with an overdraft sitting in the bank. Many have still not paid it off, with new salaries only filling the gap on payday. The overdraft culture drifts through on to graduate jobs, where working hard and playing harder (must make up for not being a student any longer) becomes the mantra.

Thank heavens then, that graduate accounts let the student overdraft roll on for another couple of years.

The Lloyds account offers a fee-free planned overdraft of up to £2,000 to students. The limit is tiered so that up to £1,500 can be borrowed in the first, second and third year, and up to £2,000 in year four.

But what Lloyds doesn’t state is that the student account expects to be paid back – and quick. Within less than 12 months of graduation, a friend of mine was told she must have cleared her overdraft, or take out a loan with the bank to pay it off, with a 2.3% interest rate.

This new ‘deluxe-basic’ student lifestyle is being promoted by more and more companies. The banks decision to make overdrafts bigger and better to help students with their everyday needs, also attach some not so everyday offers to encourage students to sign up.

These include the standard free NUS extra card for three years, which offers discounts from a range of retailers and brands, including Apple (average computer: £1,000), student favourite Topshop (average pair of women’s shoes: £80) and Domino’s Pizza (average meal: £10). Not even cheap with the 10% discount.

Many banks also offer £75 off a holiday booked with STA Travel, who are specialists in round the world trips. God knows what kind of STA travel holiday you can afford if you desperately need an extra £3,000 just to keep going in life. Just as well you get commission-free foreign currency too.

Luckily, both banks have mobile banking apps. Good job students have got a nice iPhone to look at their overdrawn balance with.