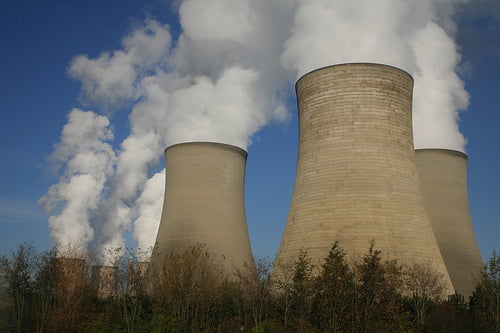 George Osborne has delivered his autumn statement to the House of Commons, which included an outline of the government’s gas strategy. His speech can be found here in full.

We’ll be updating this piece throughout the afternoon to cover all the reaction in the aftermath of the chancellor’s address.

Ed Davey, secretary of state for energy and climate change

“We have always said that gas will have a significant role in our electricity mix over the next two decades – this is not new.

“Gas will provide a cleaner source of energy than coal, and will ensure we can keep the lights on as increasing amounts of wind and nuclear come online through the 2020s.

“The strategy we set out today follows extensive consultation and is consistent with meeting our legislated carbon budgets and with significant decarbonisation of the power sector.”

“Osborne’s statement smacks of the crass short-term desperation that’s fast becoming the hallmark of this government – it will do nothing to build a strong, future-proofed economy or safeguard our planet.

“The anti-green Chancellor is making a mess of the economy – he mustn’t be allowed to trample all over our environment too.

“The big polluters must think Christmas has come early – but if bad Santa Osborne’s gas-fired energy strategy gets the go-ahead it will leave cash-strapped households and the environment with a thumping hang-over for decades.

“While energy secretary Ed Davey attempts to show leadership at the Doha climate talks, the chancellor is hard at work handing out tax breaks to the fossil fuel industry that threaten to make a mockery of UK commitments to slash emissions.

“MPs must stop this reckless, headlong dash for gas and insist on an energy strategy that puts the long-term interests of the nation first – by investing in energy efficiency and the huge potential of the wind, waves and sun.”

“The government now has everything to prove by delivering. Businesses need to see the chancellor’s words translated into building sites on the ground.

“It is no surprise that after a difficult year the economic realities dictate that austerity and debt reduction will take longer. The chancellor has stuck to his guns on deficit reduction – avoiding deeper cuts or more borrowing in order to retain international credibility.

“The government’s gas strategy will improve confidence for investors in the UK’s energy sector. It makes sense to consult on the tax regime for shale gas so we maximise the amount of energy we can produce at home at reasonable cost.

“But we cannot become dependent on any one source of energy – gas will have an important role to play as part of a secure, low-carbon power mix alongside renewables, nuclear and carbon capture and storage.

“Today’s announcement on simplifying and reviewing the Carbon Reduction Commitment does not go far enough. We need a firm commitment now to scrap the scheme when public finances allow, and to replace it with a more coherent approach to business energy efficiency.”

“Today’s statement has provided some very welcome clarification as to the role of gas in bridging the looming energy gap mid-decade. It is sensible for the UK to invest in gas-fired power plants at this point in time as they are cleaner than coal, needed to back-up intermittent renewable energy sources, and can be built quicker with much lower up-front costs than nuclear plants.

“While the recent announcements in the energy bill will help ensure we meet our EU renewables obligation for 2020, it is important to acknowledge that climate change is still an issue and that gas is a fossil fuel. This announcement reinforces the need for more investment, research and development into carbon capture and storage (CCS) – a technology which could in future be retrofitted onto gas plants to prevent emissions entering the atmosphere.

“It is also important that the UK doesn’t become over-reliant on gas. The UK’s offshore gas reserves are dwindling, and given that the contribution of shale gas will probably be limited to a few percent of future UK demand, we are unlikely to ever be self-sufficient in gas.”

“The UK’s overreliance on gas is, environmentally and economically, highly risky. Gas price rises have driven people’s bills up in recent years so committing the UK to more gas seems to show a reckless disregard for both billpayers and the environmental impact of burning yet more fossil fuels.

“The government must not ignore the potential economic benefits of investing in renewable energy, with polls also showing the majority of the public want more renewable energy. Politically, economically and environmentally the government’s strategy just doesn’t make sense.”

“On a mass scale – like the US – shale gas has been proved to bring a new dynamic to the market, with reduced gas costs and greater supply. Despite this, there has been an increase in costs as people moved to more expensive fuels for greater margin – the benefits of having a fuel mix… make money where you want when the prices dictate – but the jury is out in the UK.

“In principle shale gas is cheaper, but you need a lot of it to quickly to offset the costs of getting the stuff out in the first place, and then once you have it the old market dynamics won’t really change long-term.”

“There are a number of elements in the autumn statement we wholeheartedly applaud. Green growth has been a key driver in manufacturing success and some of our home-grown supply chain companies can benefit from the extra incentives around domestic and export opportunities. However, the real spur to invest for these companies is the guarantee of a long-term market.

“The energy bill has laid out a good framework, but there’s still a lack of clarity beyond the next five years, and for the supply chain to scale up and the UK reap the benefits of that in terms of skilled green jobs, we need to see the bigger picture. Based on what the government has announced today, decisions on gas depend on what happens in 2014, and decarbonisation in 2030 depends on what happens in 2016 – so it feels like a lot of the important pieces are still in play. There’s still going to be a lot of movement over the next few years, so government has its work cut out convincing world-leading companies it remains committed to low carbon generation.”

“The only role gas should play in the UK’s energy policy is to facilitate a mid-term transition to a decarbonised energy sector. Instead of that, the chancellor today placed gas at the very centre of our future energy-mix.

“It misses the central point, namely the urgent need to decarbonise our economy and does little to support the UK’s energy sector to be globally competitive in the fast-growing international clean energy market.”