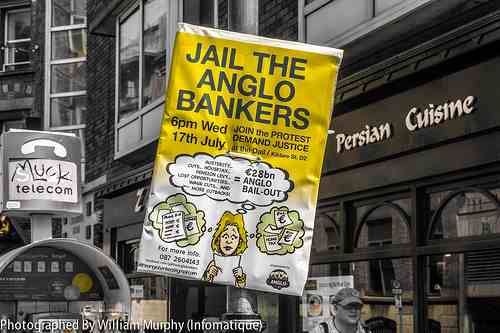 In a report listing details on how the financial industry can reform effectively, a ‘banker oath’, similar to the Hippocratic Oath for doctors, has been recommended in order to uphold levels of financial behaviour.

The report, entitled Virtuous Banking: Placing ethos and purpose at the heart of finance, by thinktank ResPublica, has recommended four key reforms the banking industry must do in order to lift itself from its current position – where it is deeply mistrusted by both society and consumers.

The first recommendation is that of a banking oath, which would encourage behaviour that “prioritises the needs of the customer”, “provide a quality of service” and “confronts impropriety.”

The oath, argues the thinktank, would enforce a level of behaviour that if broken, would adhere to strict punishment similar to the consequences of doctors who break the Hippocratic Oath.

The group believes that the British Bankers’ Association, the Building Societies Association and the new Banking Standards Review Council should all be the first to take the oath, as it would prove a momentous statement of support towards a commitment of believable reform.

The banking industry is under intensified review, with Lloyds currently facing fines of up to £281 million from both UK and US authorities – due to its role in manipulating interest rates in order to cut fees it must pay after being bailed out during the financial crisis.

“Britain’s bankers lack a sense of ethos and the institutions they work for lack a clearly defined social purpose.

“The bankers’ oath represents a remarkable opportunity to fulfil their proper moral and economic purpose, and finally place bankers on the road to absolution.”