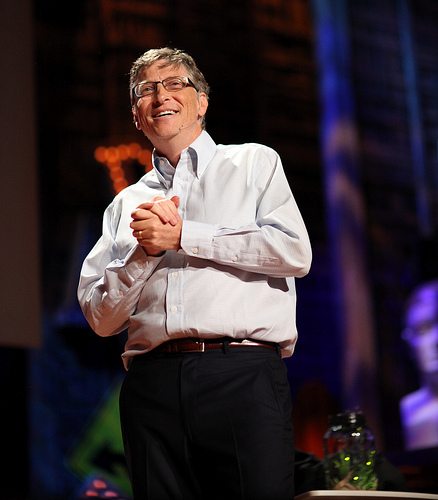 Microsoft founder and distinguished philanthropist Bill Gates has outlined a range of important development achievements for 2013, such as the reduction of child deaths, poverty and illnesses.

From his blog, the Gates Notes, Gates shares thoughts on some of the victories for health and development in the last 12 months, to which he and his wife Melinda have contributed through their philanthropic foundation.

Some of the achievements include the improvement in tackling diseases like polio in African and Asian countries through immunisation, and plans to make the world polio-free by 2018 thanks to the work of philanthropists.

He points out that child mortality has also dropped by almost half since 1990, according to the UN. While 6.6 million children died globally in 2012, the annual figure continues to go down. The UN linked 45% of the premature deaths to malnutrition.

Poverty has also dropped by half since 1990, Gates says, quoting a study by the Economist that argued economic growth has helped a wide range of people to come out of poverty.

“That’s one reason I argue for stepping up our investments on health: health may not cause growth directly, but it does help lay the foundation for it”, the billionaire writes.

Gates also describes wealthy American donors from the Global Fund recommitting to fight diseases like TB, malaria and Aids as an important victory.

He concludes by outlining some commitments for 2014, on paying for more vaccines and involving more donors to raise funds for them.

“It will be a challenge to raise more money, but I know from experience that people want to help kids get vaccinated when they see what a phenomenal impact it has”, he says.

“It’s hard to resist the thrill of helping to save the life of a single child, let alone millions.”