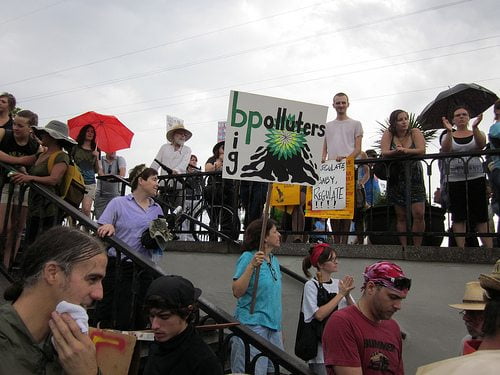 BP is challenging what it calls an “unfair” compensation formula that requires it to refund businesses affected by the 2010 Deepwater Horizon spill in the Gulf of Mexico. Many, it claims, do not deserve the money.

The oil giant is contesting the amount of compensation costs because it fears the procedure is being abused. It is now waiting for a court hearing in New Orleans on July 8.

BP claimed in court in February that the disaster – which saw 5m barrels of oil spill into the Gulf of Mexico – was not solely its fault. Nevertheless, it was fined £2.8 billion in criminal charges, with a second phase of the trial due to start in September.

It also faces an £11.6 billion civil fine. So far, BP has been refunding victims through a $20 billion trust fund created in 2010, but in March, the company had already used $18.3 billion of it.

According to the Financial Times, if the oil giant loses the legal battle, money from the trust might run out by September as claims have been submitted at a pace of 10,000 per month.

A month ago, three Gulf Coast residents addressed BP shareholders directly to reveal that communities in the region were still recovering from the numerous social, environmental and economic problems caused by the spill.

Citizen representatives from the five affected US states, including Texas and Louisiana, have invited the oil industry to a meeting over safety measures, in an effort to make sure that the 2010 disaster is not repeated. The meeting will also look to “enhance collaboration among industry, government, and citizens that is truly effective for ensuring the safety and sustainability of the Gulf and its resources”.

However, all companies invited, including BP, Shell and Exxon Mobil, have so far declined the invitation.