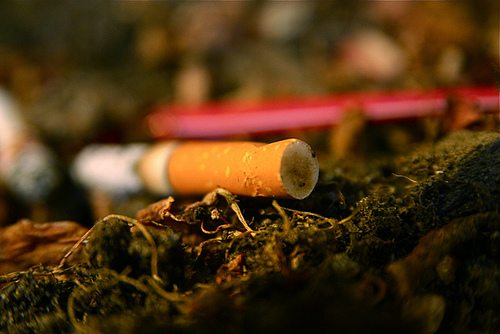 Recent decisions by councils and pension funds to ignore public health concerns and invest in the tobacco industry are not just unethical; they have very few long-term economic benefits, too.

The BBC reported on Wednesday that Somerset, Gloucestershire, Avon and Wiltshire councils had all announced investment in the sector, mostly in Imperial Tobacco and British American Tobacco.

Another three councils – Sutton, Croydon and Merton – came under fire in April because they had pumped money into tobacco, while spending money in public health measures and to help smokers to quit.

Gloucestershire county council told the BBC that the reason was that it has to ensure the maximum return for taxpayers and pensioners.

However, according to the charity ASH – Action on Smoking and Health – councils put too much trust in the tobacco market’s robustness.

“There is a myth that tobacco is a recession proof safe bet, yet over the last year Imperial, which has close to half the UK market, have lagged behind the FTSE 100 by around 20%”, director of research and policy Martin Dockrell, told Blue & Green Tomorrow.

“Despite their big dividends performance over the last few years has been pretty poor. This is because the market is increasingly concerned by the industry’s prospects.”

According to the BBC, health minster Anna Soubry said that it was the local authorities’ domain, but she recognised that the issue is becoming more and more frequent.

An Australian ethical fund recently challenged one of its stocks to move away from tobacco investment.