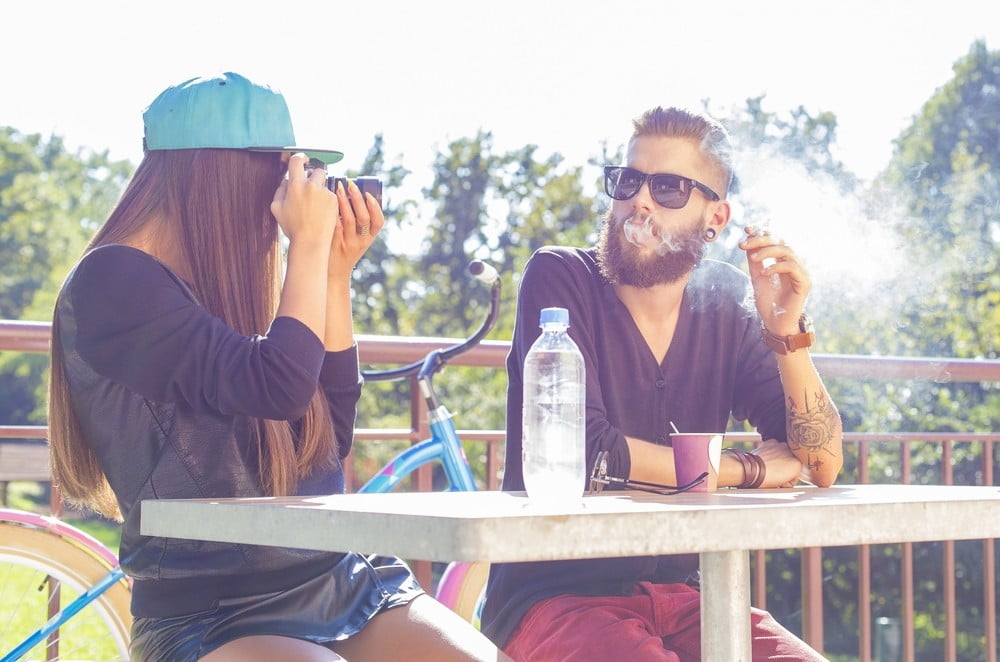 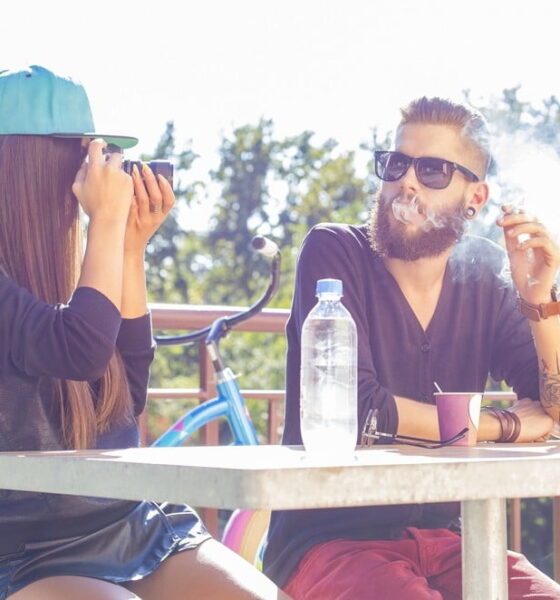 The 200 Year Scourge – How Smoking Has Irreversibly Damaged the Planet

The global cigarette market is an $888 billion a year industry. It is widely understood that smoking is a dangerous habit to indulge in, not only hurting you but those around you, but what if the impact was wider than you thought? While anti-smoking campaigns and health bodies will regularly tout the risks of smoking relating to heart disease and cancer, it’s just as important to take a look at the wider implications of your habit on the world around you.

Devastating Impact of Cigarettes on the Environment

The environmental impact of smoking is huge. We’re not just talking about the act of smoking, but also the manufacturing and shipping processes of raw materials and products. Consider also the deforestation that takes place to make room for tobacco plantations and production facilities. On top of all that, there’s the waste product – what happens to your cigarettes after they’ve been stubbed out?

The WHO (World Health Organisation) recognises that there are four stages of the environmental life cycle of a cigarette, these are: Tobacco Growing and Curing; Product Manufacturing and Distribution; Product Consumption; and Post-Consumption Waste (WHO: 2015). Each stage in the cigarette’s lifecycle will have a profoundly different effect on the environment. From the pollution of the air we breathe to the poisoning of the soil underneath our feet.

It is correct to state that the growing and culturing of tobacco only consumes 1% of farmable land in the world. However, this is a skewed perspective, as tobacco cannot be universally grown, due to the specific climate conditions required. Therefore, it has a greater impact on some countries biodiversity and environment than others. For example, China has seen the amount of tobacco grown doubled since the 1960s.

Unlike rival crops including sugar cane, tobacco prices are moderated by the Chinese government, so a profit yield is almost always guaranteed, making it an attractive proposition to farmers across the country. There is no denying that in order to grow tobacco, the soil and the plants themselves must be treated, but the run-off from pesticides, fertilisers and growth regulators can affect drinking water (Lecours et al: 2012).

Before a cigarette even reaches you, it must first be manufactured and transported. The looming question of the effect of the global transportation of goods has long been debated. It’s a question that cannot be ignored, in 2014 an estimated 6 trillion cigarettes were produced globally and to produce them, this involved the processing of 6.4 million tonnes of green tobacco.

In UCL’s 2018 study into the impact of tobacco production, they concluded that in 2014, cigarette manufacturing accounted for 84 million tonnes or 0.2% of CO2 emissions. This is more than entire countries produce in a year, countries like Morocco, New Zealand, Singapore and Sweden (CAIT: 2017).

Who Bears the Brunt of the Blame?

In the majority, the carbon emissions and general environmental harm related to cigarettes lay at the hands of the manufacturer. That being said the end-user is still responsible for a negative environmental impact. The act of smoking itself contributes to air pollution, a 2004 study concluded that in certain conditions, 3 cigarettes could produce more particle pollution than a diesel car (Invernezzi et al: 2004).

The waste product of a cigarette is most often the filter. The traditional cigarette filter was designed to stop tobacco flakes getting into your mouth, in the 1960’s they began to be marketed as arguably a safer cigarette. Of course, we now know better, but the majority of pre-made cigarettes sold in the UK and European market, now feature a filter.

In 2019 a UK study revealed that the effect of waste cigarette filters (or butts) could stunt the growth of local plant-life with tests undertaken on Ryegrass and White Clover – two common grazing plants for livestock. (Green et al: 2019)

It is estimated that between 340 and 680 million kilograms of waste tobacco product are generated each year (WHO: 2017). While this gross weight alone is alarming, it is the chemical content of your cigarette that poses the most risk, with over 7000 toxic chemicals contained in each cigarette, that have the propensity to leach into the earth and water.

So, what’s the alternative? In 1976, Dr Michael Russell theorized that ‘People smoke for nicotine, but they die from tar’. Nicotine is the addictive element of cigarettes, and this reasoning is still held as valid today. By offering a substitute nicotine delivery system or treatment, you could arguably remove the need for cigarettes altogether.

Such Nicotine Replacement Therapies (NRTs) are commonplace, with options available to suit most people, there’s a plethora of patches, gums, inhalators, lozenges, medication on offer. All of which have a proven efficacy rate, with the likelihood of quitting increased by 50 – 75% (Wadgave: 2016).

Aside from traditional NRT, there are vape devices (also known as electronic cigarettes). These devices have been designed to deliver nicotine to satisfy cravings, but with none of the carcinogens or dangerous chemicals related to cigarettes. In 2014, PHE (Public Health England) concluded that vaping is 95% less harmful than smoking.

E-cigarettes also increase your chance of quitting compared to traditional NRTs. In 2019 the New England Journal of Medicine published Peter Hajek’s study that showed the smoking abstinence rate after one year was almost double for those that used e-cigarettes, compared to those who used traditional NRTs (Hajek et al: 2019).

So how are these alternatives better for the environment? It is inherent in the design of NRTs that they are not an open-ended solution. What we mean by this is that eventually, users will stop using NRTs altogether. So arguably less of them will have to be manufactured, compared to a conventional cigarette, which is designed to get you hooked and continue consuming until you die or quit.

This reduced manufacturing rate results in fewer carbon emissions. In 2017, Glaxo Smith Kline, the pharmaceutical company responsible for the production of multiple NRTs, produced only 19,708 thousand tonnes of CO2 emissions. A fraction of what tobacco manufacturing creates. Let’s also bear in mind that this is an overall emissions rating, NRTs are one of the multiple pharmaceutical ranges that GSK produces.

When it comes to post-consumption waste the majority of NRT packaging is recyclable and the products themselves can be safely disposed of. According to Vape Club, the e-cigarette has the least impact and can be improved upon to make it better for the environment. As a nicotine delivery system, it can be used for longer than a gum, lozenge, patch and even an inhalator – resulting in less short-term waste.

There was initially a concern regarding air pollution and nicotine diffusion rates. These concerns have been partially allayed by the California Department of Health’s study on the effects of vapour on air quality in a confined environment. With the conclusion being that the air quality was of a similar quality to a standard environment (Zwack et al: 2017).

Smoking Wreaks Havoc on the Planet

As we can see through a cigarette’s lifecycle there is an environmental impact. A level of impact that can’t be swallowed, as it might do if attached to the production, use and disposal of life-saving medicines. But thankfully there is an alternative, through NRT and e-cigarettes there can be a change in the way we approach this field of addiction. A change that could not only benefit individual users, but our global ecosystem too.

Josh Paine is a UK-based copywriter, specializing in technical reviews and lifestyle content. After graduating with a degree in Political Science, he worked in the field of technical certification, before committing to his love of writing full-time. He currently runs a design division for an online retailer, splitting his free time between collecting records and writing short fiction.