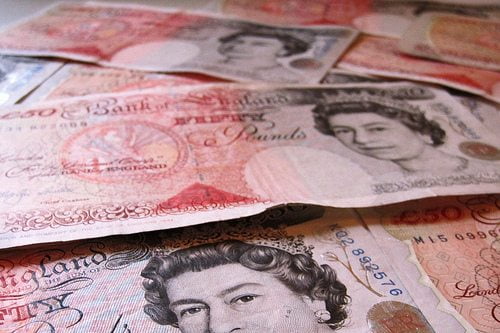 The IMF, which lends money to governments across the globe, raised its forecasts for Britain’s growth to 2.4%, up from 1.9% which was initially predicted last year, faster than any other major European economy.

In its report, the organisation said, “Global growth is expected to increase in 2014 after having been stuck in low gear in 2013.”

The announcement was welcomed by the Treasury, which said that the figures suggest the government’s economic plan was working.

A report published on Monday, however, painted a picture where growth in the economy was not reflected in the wages of workers. The EY ITEM Club, a group of the country’s top economists, said that wages were not yet catching up.

Peter Spencer, chief economic adviser to the EY ITEM Club, said, “It is hard to find another episode in time where employment has been rising and real wages falling for any significant period of time. The weakness of real earnings is proving to be the government’s Achilles heel and could prove to be the weak spot in the recovery.”

The report recommended that the Bank of England keep interest rates at 0.5% until wages had caught up, adding that wages should be factored into the bank’s forward guidance policies.

Speaking about the IMF forecasts, Julian Parrott, a partner at Edinburgh-based financial advisory firm Ethical Futures, said he was “depressed” by the constant focus on growth.

He added, “In particular, I am concerned about the political point-scoring over a significant rise in economic growth which is predicated on cheap loans, undersupply in housing, hothousing one small geographical area of the country and government-led policy to influence the continual suppression of interest rates to erode debt via inflation and move money out of deposit in other assets.

“We have clearly learned nothing in the last six or seven years. Readers might be advised to read Tim Jackson’s book, Prosperity without Growth.”