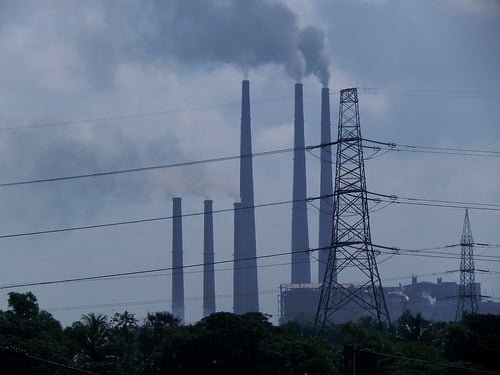 BT, Vodafone and biopharmaceutical firm Astrazeneca have made it into the top three of a new ranking that grades firms based on their greenhouse gas emissions, relative to their turnover.

But the research, by thinktank the Environmental Investment Organisation (EIO), suggests that almost half of the UK’s biggest companies are failing to correctly report their carbon emissions.

The EIO’s Carbon Ranking report says that only 29% of the 100 largest firms in the UK publicly disclose and independently verify their Scope 1 and 2 emissions – Scope 1 being everything emitted within a company’s organisational boundary, and Scope 2 referring to electricity usage.

Fewer than half (48%) display complete data for Scopes 1 and 2, and only 9% fail to publicly disclose their emissions.

Meanwhile, 50% report Scope 3 emissions in some form. Scope 3 accounts for everything else – things that a company has influence over, but doesn’t control, such as its investments and its supply chain.

EIO chief executive Sam Gill, who spoke to Blue & Green Tomorrow on Tuesday about the work being done by his organisation, said, “As the world shifts towards a low-carbon model it’s extremely important that we have access to a reliable, consistent and cross-comparable greenhouse gas emissions database on the world’s largest companies.”

“This ought to be a wakeup call for companies. Since the majority of total corporate emissions often come from Scope 3 sources, large quantities of emissions are not being accounted for.

“Not only could this be a source of unmeasured risk for companies but it also means we are not getting the full picture in terms of corporate emissions. This is precisely why the Carbon Rankings are designed to encourage Scope 3 disclosure.”

Oil and gas firm Wood Group was ranked bottom of the UK 100, just below the likes of Sainsbury’s, William Hill and Compass Group. The EIO says this is because of incomplete or lack of public data.

The EIO has also produced Carbon Rankings for North America, Europe, Asia-Pacific and BRICS (Brazil, Russia, India, China and South Africa), as well as a global list set to be published on Friday.

In the European version, BASF (Germany), Swisscom (Switzerland) and Belgacom (Belgium) made up the top three.

The overall aim is to create a series of investable indices that mirror the FTSE 100 but that reweight firms based on their performance in the Carbon Rankings.