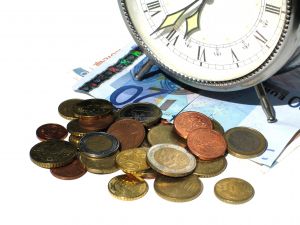 The majority of businesses around the globe are inherently focused on short-term profit, with 79% of senior executives saying they felt big pressure to deliver strong financial performance over a two-year period, according to a survey.

Conducted by McKinsey & Co and CCP Investment Board (CCPIB), the survey forms part of the Focusing Capital on the Long-Term initiative. Most respondents said their firms were more motivated by the near-term, with only 7% feeling pressure to deliver strong performances over five or more years.

The initiative focuses on transforming short-termism among directors and institutional investors into long-term, sustainable thinking.

In order to identify the drivers and consequences of short-term financial performance, the survey was conducted internationally. It investigated the timespans that senior executives felt pressure to perform within financially.

Sixty-three per cent said the pressure on them to deliver short-term financial returns had increased in the past five years.

Respondents said that innovation and stronger financial returns would be the two most attractive benefits their company would receive if they adopted a longer-term approach to business decisions.

The survey also noted that the timespan for short-term and long-term thinking varied according to the industry and its asset size.

“Long-term thinking goes beyond a product cycle, beyond the average tenure of directors or the CEO, and beyond a typical investment cycle”, said Dominic Barton, managing director of McKinsey.

“There is strong evidence, across the value chain, that long-term thinking creates enduring benefits for companies, their investors, and society while short-term thinking destroys value.”